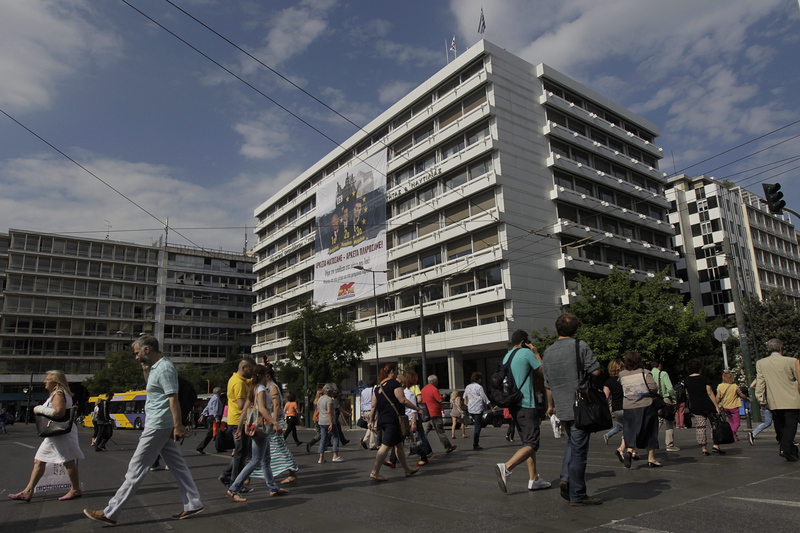 Members of the All Workers Militant Front (PAME) trade union have currently occupied the Greek Finance Ministry. According to their announcement, “at the moment, workers from dozens of trade unions in the private and public sector have rallied in PAME in order to organize a mobilization at the Finance Ministry, where they have spread a huge banner on the building facade with the slogan: ‘We’ve bled enough, we’ve paid enough! People take the matter into your hands! Put an end to the new measures and bailout programs.’”
Futhermore, they added that 700 trade unions and mass associations have made the decision to participate in rallies organized by PAME, scheduled to take place on Thursday, June 11, in the afternoon, in cities across Greece.
“We call on all workers, young people, women and pensioners to take part in the mass rally at 7:30 pm at Omonia Square, Athens and all the rallies which will be held in all cities across the country.”
Meanwhile, the Greek Minister of Finance George Stathakis headed to his office, after speaking to the Greek public television network ERT, where he supported the opening of the new public television program. However, he was not able to enter his office and he had to leave the premises, since it was occupied by PAME members.
In the end the Minister ended up on Nikis Street, where he enjoyed his morning coffee.

The zeibekiko requires an inner intensity, as it is an improvised movement that expresses the feelings of the individual who gets up to dance.
Culture

On a day like this on February 28 1943, Athens was mourning one of the nation's greatest poets: Kostis Palamas had died the day before.
Diaspora

ISS Greece, an adoption agency which once catered to thousands of foreigners, is now in the process of digitizing their records.