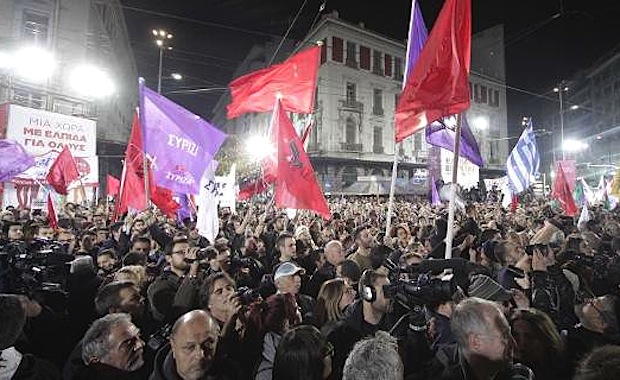 Paul Mason is a British journalist on Channel 4 who recently created an impressive five-minute video, in which he scrupulously describes the rise of Greek leftist party SYRIZA to power in January 2015.
Mason’s narration begins with the Greek civil war and the defeat of the ELAS, continues with the Greek military Junta and the rise of PASOK to power, and concludes with the modern Greek drama launched in 2010 with the collapse of Lehman Brothers.
In his video, the journalist not only unfolds the background story of a small political party who was gradually reinforced, managing to dominate the Greek political scene, but he also discloses specific details regarding the current harsh austerity imposed on Greece through Memoranda, the several riots and demonstrations in the streets of Athens, as well as the neofascist political party Golden Dawn.
According to Mason, 2012 was the year that SYRIZA showed for the first time it was something more than a considerable rival, as it easily emerged as the main opposition party in the Greek Parliament, paving the way for its rise to power some years later.
In Mason’s video, one can also find excerpts from some of his previous work, such as an interview with Greek Finance Minister Yanis Varoufakis, as well as the expression of his personal concern about whether SYRIZA will stay united or will be broken under the weight of circumstances.