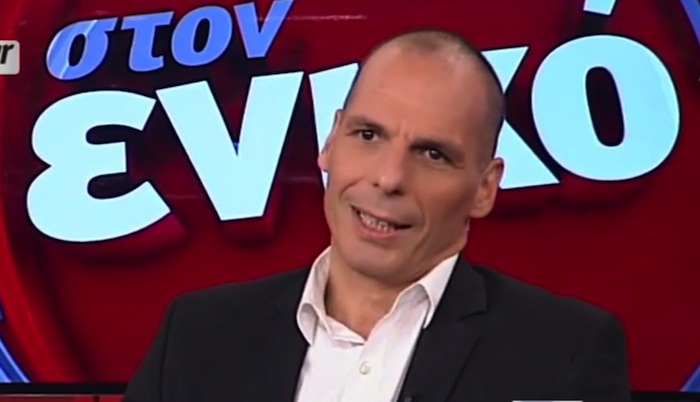 Greek Finance Minister Yanis Varoufakis said that payments for wages and pensions are a priority and if was to choose between paying Greece’s creditors or the country’s population he would choose the latter.
“I hope we will be able to pay both (the IMF and pensions and wages) … after a deal,” Yanis Varoufakis told Star TV channel’s late night show Ston Eniko.
“If we face a dilemma over paying one of the lenders or wages and pensions, then we will opt to pay wages and pensions,” he said
Varoufakis appeared hopeful that Greece will reach a deal with its creditors very soon, adding that there will be no more cuts on pensions.
“The Greek government may take measures concerning early retirement. Some employees, for example bank employees, have the advantage of early retirement this is something that we may change,” he said.
However, Varoufakis said he would reject any compromise that the Greek government considered to be “non-viable.”
Athens has defended “red lines” beyond which it will not be pushed in its talks with the lenders. These include further pension cuts and increased market liberalization.
“I assure you that if we face a dilemma between paying a creditor who refuses to sign an agreement with us and a pensioner, we will pay the pensioner,” Varoufakis told the television channel. “I hope we will be able to pay both.”
Varoufakis ruled out the possibility of a referendum on the terms of an agreement, saying it would effectively be a vote on whether to keep the euro as a currency.
“It would be unfair for Greek citizens to have to take a position on such a matter, answering with either a yes or a no,” he said.
He warned that Greece is in a state of “financial strangulation,” and criticized the lack of liquidity that the country was being subjected to.
“The lack of liquidity is neither the choice nor the responsibility of the Greek government,” he said. “It is a tough negotiating tactic of our partners, and I do not know whether everybody in Europe feels proud of it,” he said.
A full translation and video of the discussions: