Eurogroup Chief: Discussion of Greek Debt Relief Not a Taboo 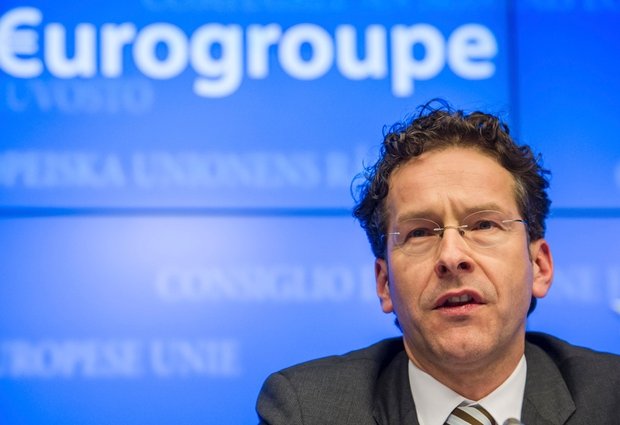 The discussion for the relief of the Greek debt is not a taboo, Eurogroup president Jeroen Dijesslbloem stated in an interview with the French newspaper Le Monde on Thursday noting that “progress has been made in the negotiations in the last days.”
Although “it is very early to hope for a final agreement on May 11, nobody in the Eurozone discusses another scenario than to offer to Greece the means for a financially independent future within the Eurozone” he said. The only final date for the discussions between Greece and its lenders is, on political view, “the end of June, when the second support program ends but another final date could exist if the liquidity problem becomes very serious in Athens,” explained Dijesslbloem.
He reassured that there are no disagreements between the European countries and the IMF which recommends a relief of the Greek debt. “The discussion on the relief of the Greek debt is not a taboo subject. The only thing that is politically impossible is the cancellation of its nominal value. However, this discussion for the debt will be held only when the second program has been completed.”
(Source: ANA-MPA)