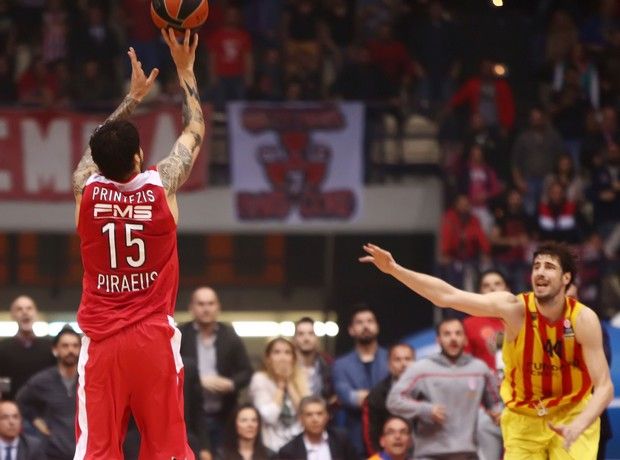 The three-pointer buzzer-beater that sent Olympiakos to the 2015 Final Four and Barcelona back home was voted the top play of the Euroleague playoffs.

The Turkish Airlines Euroleague’s official site put together the top 5 plays of the 14 games that were played in the Euroleague playoffs. In the fourth game of the Barcelona – Olympiakos match-up and while the score was tied at 68-68, Vasilis Spanoulis dribbled the ball down the court, gave it to Vaggelis Mantzeris who then passed it back to an open Giorgos Printezis who with less than a second to go, jumped instantly for a three and sent the team to its fourth final-four in five years and all their fans to seventh heaven.
Below the top-5 video: