Olympiakos Owner Marinakis Charged with Match-Fixing and Other Offenses 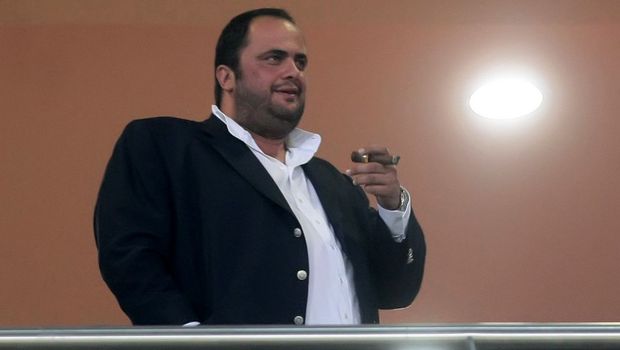 Marinakis, 47, a Greek shipping magnate, has owned Piraeus’ hometown team Olympiakos since mid-2010, while he also served as president of the Greek Super League and Vice President of the Hellenic Football Federation (EPO) from August 2010 until September 2011. During his presidency, Olympiakos took the Greek League title for four consecutive periods and the National Cup twice. During this time, he has been implicated by prosecutors probing allegations of match-fixing in a sweeping anti-corruption inquiry into Greek football. Yesterday he became the highest-profile figure to be charged and must stand before judges to respond in June. On his behalf, Marinakis denies the charges.

Olympiakos’ owner is among 16 people who are accused of involvement in a match-fixing scandal and was charged alongside three referees, three other EPO officials, two Central Refereeing Committee members and a fellow Super League club chairman. He is accused of being involved in a criminal organization, of incitement to extortion, of having incited an explosion endangering human life and of the instigation of bribery and corruption aimed at the successful manipulation of football matches offered in betting markets. Marinakis denies all four charges. If found guilty of being involved in a criminal organization, Marinakis could face a prison sentence of up to 10 years.

The other chairman accused was Levadiakos president Giannis Kobotis, who presented his case on Monday. After hearing his testimony, prosecutors banned him and two others from all involvement in the football industry until after the case has been resolved. Reportedly, the two teams, Olympiakos and Levadiakos, have strong backroom ties.