Italian Economy Minister: No 'Plan B' on Greece 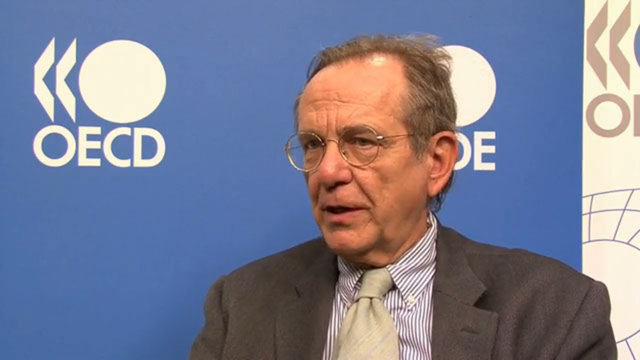 Rumors over a so-called “Plan B” on a solution to Greece’s long-standing crisis have been topping international media in recent weeks, although top European officials have rejected the speculation. Today it was Italian Economy Minister Pier Carlo Padoan to add his voice to calls on Greece to finally submit its list of economic reforms in order to pave the way for a new deal that would provide the country with the much-needed fresh assistance from its international creditors. As he said, the European policy makers are not considering a Grexit scenario.

“As far as I am aware, there is no ‘Plan B’ on Greece,” he stressed while addressing foreign reporters in Rome earlier today, explaining that “the aim is to get a rapid accord with Athens.” Moreover, he said that the message Greece should receive is that much time has already been wasted and the leftist-led government needs to conclude with a detailed reforms proposal as soon as possible.

Finally, he underlined that Italy is not at risk from the strained situation in Greece, as the conditions have changed since 2012 when Greece’s problems created fears for the single currency’s future.

Padoan’s comments come just a few days after a similar positioning by a senior Greek government official, who explained that Athens and its international creditors have not agreed on a “Plan B” in case the country fails to pay the International Monetary Fund (IMF) on time or default.