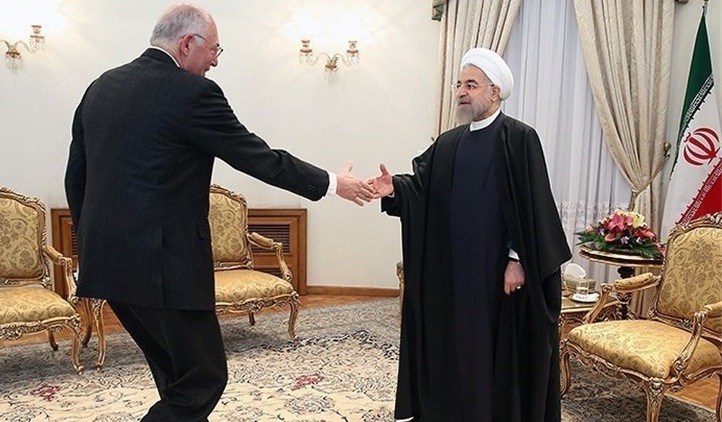 The enhancement of bilateral relations between Greece and Iran sees no barrier said Iranian President Hassan Rouhani earlier today, underlining at the same time Greece’s abundant capacities in various fields, while calling for the promotion of Tehran-Athens’ economic cooperation.

Speaking during a meeting with Greece’s incoming Ambassador to Tehran, Georgios Aifantis, Rouhani underlined that “there have always been good relations between the two ancient countries and I hope that the bilateral relations between Tehran and Athens would witness further expansion.” On his behalf, the newly appointed Greek Ambassador replied that “Iran is a key country in the region and Athens is determined to be Tehran’s friend and strategic partner.”

It should be noted that in September, during a meeting in New York between Iranian Foreign Minister Mohammad Javad Zarif and his then Greek counterpart and government Vice President Evangelos Venizelos.

The meeting took place on the sidelines of the United Nations General Assembly summit in New York and Venizelos expressed his hope that obstacles to reaching a comprehensive nuclear deal between Iran and the so-called “Group 5+1” (United States, Russia, China, Britain and France plus Germany) will be removed through continued efforts. The two Foreign Ministers also reviewed major bilateral, regional and international developments.