GRNews
GreekReporter.comGreek NewsEconomyGerman Press: 'Greece Might Have to Leave the Eurozone'

German Press: 'Greece Might Have to Leave the Eurozone' 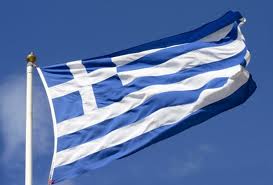 Once again, the German press is reporting about Greece’s exit from the Eurozone. The most worrying report came from German newspaper Süddeutsche Zeitung.
There will be no solution for Greece’s fiscal problem in the near future, said German Finance Minister Wolfgang Schaeuble, according to Süddeutsche Zeitung. However, as the newspaper reported, that is the only way for Greece to avoid bankruptcy, therefore the decision has pretty much been made. “It appears that Greece might have to leave the Eurozone,” the article concluded.
Meanwhile, Frankfurter Allgemeine Zeitung is predicting that Greece will have to take on another bailout program, in an article entitled: “Ad calendas Graecas – The crisis will last.” The newspaper referred to the various scenarios regarding the developments in the Greek debt crisis.
“It is likely that the conflict between Greece and its European partners will continue until autumn and it may result in an election,” noted the article. “Even if a solution for the liquidity problems faced by Greece is found, the debate regarding the country’s future is still pending. The fact that Athens will need a new support program in mid-2015 is almost certain.”
“As long as the Chancellor considers Greece’s stay in the Eurozone to be an option without alternatives, then she can be pushed and the Greeks know this,” said a European diplomat. With this in mind, many EU countries are hoping that the SYRIZA government will fall due to its inner conflicts and that the new government will be willing to cooperate, noted the German newspaper.