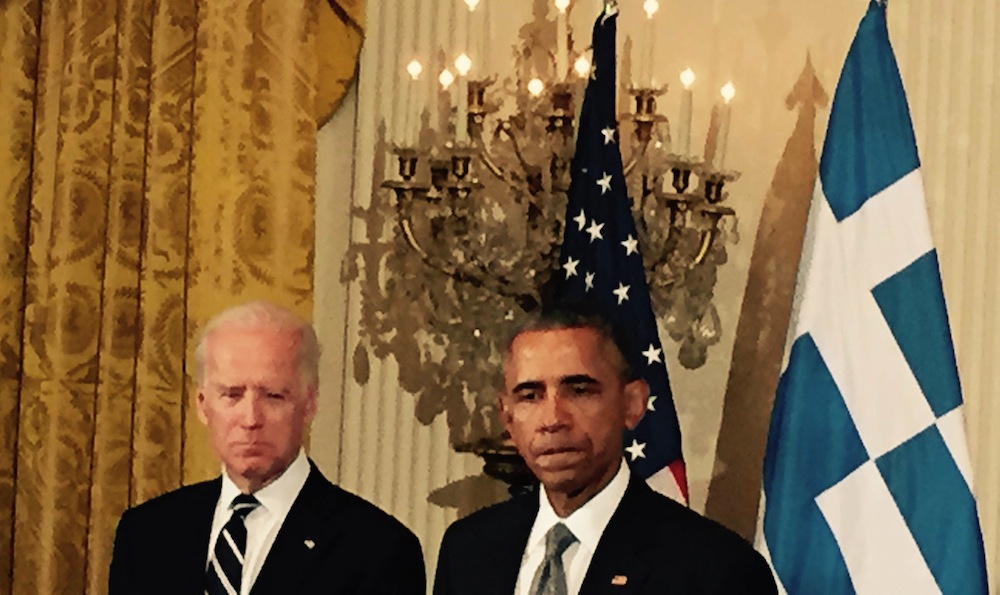 With Greek Finance Minister Yanis Varoufakis and hundreds of Greek-Americans including John Stamos in attendance, President Barack Obama’s reception in honor of Greek Independence was literally a Full House.

Among the attendees were many prominent members of the Greek American community including Archbishop Demetrios of America. Greece’s Finance Minister Yanis Varoufakis led the delegation of Greek officials to the White House.

There was a direct 12-minute chat during the event between Yanis Varoufakis and Barack Obama, however the White House itinerary didn’t have programmed a private meeting among the two. 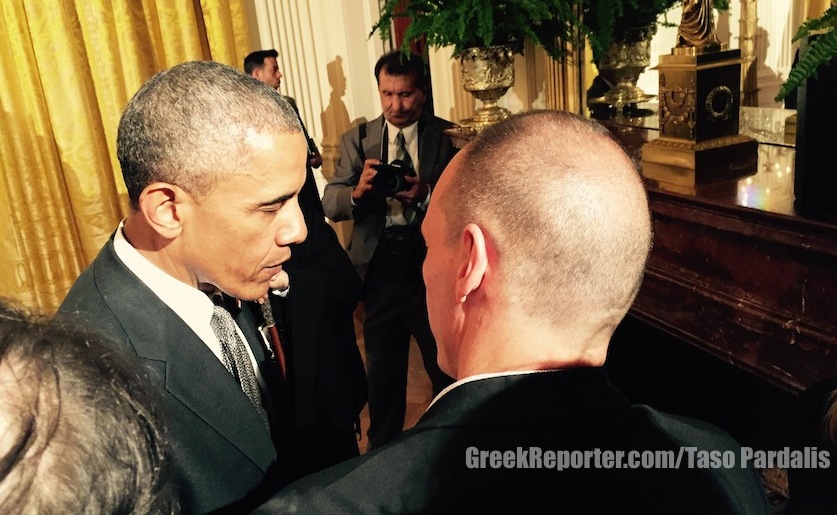 The informal chat with the President makes Varoufakis the first official of the newly elected Greek government to interact with the US President amid crucial negotiations between Greece and its international creditors.

The US President told the Greek Finance Minister that Greece and its international lenders should end an impasse over undone reforms in the cash-strapped country to allow the release of critical aid for Greece.

Last month President Obama had issued a Proclamation on the occasion of Greek Independence Day.

Watch photos from the event:

Hanging with @JohnStamos at the @WhiteHouse #Greek Independence celebration pic.twitter.com/SSl1b1Zt4D