GRNews
GreekReporter.comGreek NewsEnvironmentPorto Katsiki Beach in Lefkada Could Open for the Summer

Porto Katsiki Beach in Lefkada Could Open for the Summer 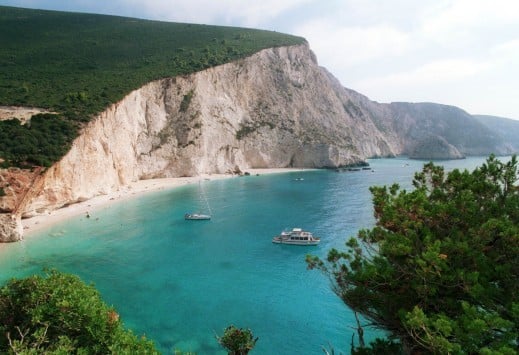 A group of specialists arrived in Porto Katsiki beach in Lefkada, Greece, in order to assess the situation and determine if the popular beach can be opened to the public.
The team led by Geology professor Efthymios Lekkas examined whether there was any risk of rocks falling on the beach as it has happened in the past.
“We visited Lefkada to ascertain the degree of risk in Porto Katsiki. Through the examination we found that there is actually some risk since some rocks keep falling on the beach,” said the professor.
“We agreed to do a thorough risk analysis of the area to see if the beach will be open to the public this summer season or what additional steps can be taken to significantly reduce the risk. We also agreed to make some long-term efforts in order to increase the security rate in the region, however this will be a significant project that will take years to complete,” he added.
Local and scientific bodies are working in order to take the appropriate steps for the summer season, according to the professor.
When asked if there was any possibility for the beach to open to the public over the summer, Lekkas replied that it is possible to a large extent. “I don’t know whether we can afford to open up the whole beach. Our efforts will focus on the safe areas, so tourists can visit the beach,” he said.