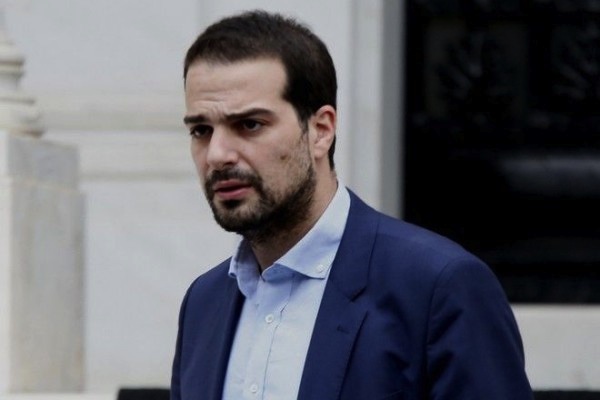 SYRIZA-led government spokesman Gavriil Sakellaridis expressed his optimism earlier today that the negotiations between Greece and its creditors “will have a positive outcome.” In an interview to Greek television, Sakellaridis underlined that a Eurogroup meeting “should take place soon,” and that such a development would be “useful,” while adding that “during the Euro Working Group (EWG) meeting on Wednesday there will be a briefing by the institutions that negotiate in Brussels, where a lot of work has been done.”

Answering questions regarding Athens’ positions on the negotiations as well as in regards with the so-called “government’s red lines,” he highlighted that “the answers have been given; the people can judge the stance of the government and of each party. Both sides have presented arguments for the agreement. The Memorandum policy has ended. What Greek Prime Minister Alexis Tsipras said on Monday is that you cannot tighten the belt further, austerity is over. In a negotiation, both sides need to make concessions. The red lines are pensions, labor issues and the VAT increase.”

Asked on the possibility of the government having to take a decision in the dilemma of “repaying the IMF tranche or paying pensions and wages,” he ruled out such a scenario, explaining that wwhatever we are doing, we are doing it by making sure that we will not reach this point.”

Moreover, commenting on the Unified Property Tax (ENFIA), he explained that it is outside the government’s plans to collect it for 2015, since it will be abolished, adding that another law for property to be drafted will replace it. In addition, regarding the Greeks’ bank deposits abroad, Sakellaridis said that “we all know who has taken money abroad. Many lists have appeared and the question is what has been happening in the last period of time.” Finaly, referring to the Parliament’s Plenary session held yesterday, he noted that “the Prime Minister presented all the actions, all the steps that were taken until we reached the point that we now stand.”

President of the European Council Donald Tusk: A solution after Easter

European Council President Donald Tusk, talking earlier today from Madrid where he met with Spanish Prime Minister Mariano Rajoy, argued that a solution to the Greek problem is not expected before the Catholic Easter, specifying that such agreement would occur at the end of April.

On his behalf, the Spanish Premier, who has been in a clear rupture with his newly elected Greek counterpart Alexis Tsipras, noted that Athens “has to follow and respect the rules of the European Union,” while stressing that he wants Greece to remain a part of the common currency.