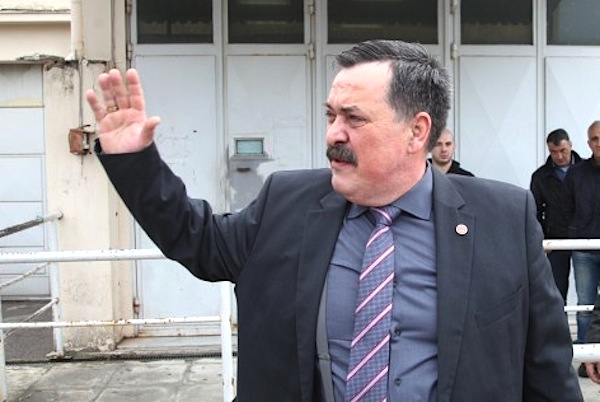 Extreme-right Golden Dawn MP Christos Pappas was released from jail on Sunday, as the 18-month limit of pretrial detention has expired.
Pappas, one of several Golden Dawn MPs being tried on charges of participating in a criminal organization, was released on conditions and following an order of the Council of Appeals judges, acting on the recommendation of appeals prosecutor Dimitris Asprogerakas.
The Greek Council also issued restrictions, forbidding Pappas from leaving the country, travelling outside the region of Attica and ordering him to present himself to a local police department three times a month as well as spend nights only at his home.
Party leader Nikos Michaloliakos and MP Yiannis Lagos have also been released at an earlier date, under conditions; they are both allowed to attend Parliament sessions.
The Golden Dawn trial is scheduled to begin in April.
(source: ana-mpa)