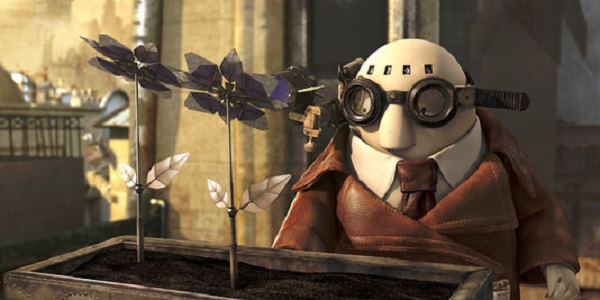 The 10th annual Athens International Animation Festival (ANIMFEST) has been scheduled to take place between March 26 and April 1, 2015, in the Greek capital. Since 2006, the seven-day festival has entertained and educated people interested in animation films.
The festival includes the screening of major and independent animation films from around the world, created with a variety of different techniques. ANIMFEST aims to bring younger people closer to the art of animation in the big and small screen by sharing the creator’s fascination and secrets.
Furthermore, the festival’s program includes a variety of short and feature animations, by animators from across the world who can compete in the festival’s competition or just wish to screen their movies in the parallel special events.
The festival gives special emphasis to European animation films, regardless of techniques, style and aesthetic trends thus demonstrating the common cultural heritage.
Last year, the competition included 96 short animation movies, 96 student movies, 14 Greek movies and 4 educational movies.
This year the festival will also include several tributes. On the occasion of the 70th anniversary of “Duce Narrates,” for the first Greek short animation by Stamatis Polenakis, Greek director-researcher Angelos Rouvas will give a speech on the history of Greek animation. Finally, the organizers are planning on paying tribute to Greek and international animation director, scriptwriter and producer Panagiotis Rappas.
For more information visit the official website.

Surviving images on countless works of art, including pottery, frescoes, wine cups, and sculptures, frequently depict ancient Greeks reclining on one side to eat...
Greece

Greece announced another 1,718 new coronavirus infections on Sunday, while 780 patients remained intubated due to the pandemic.