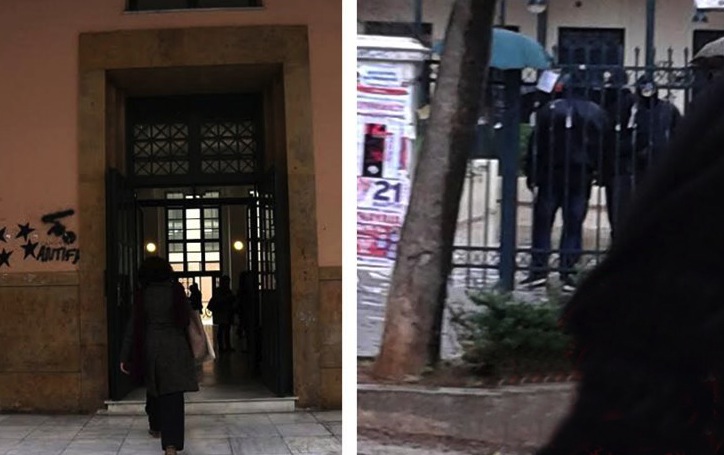 The main building of the School of Law in downtown Athens, Greece, has been occupied by a group of anarchists, who have issued a statement with demands. The invaders, reportedly members of a so-called anti-state movement, told the students to get out before taking over the building.
According to reports, the masked youth shouted slogans demanding for:
The release of Savvas Xeros from prison, for health reasons, as he is 98% disabled
The abolition of “Type C” prison facilities
The repeal of anti-terrorism laws
The immediate release of relatives of detainees involved with the Conspiracy of Fire Cells
Savvas Xeros has severe health problems due to a bomb that prematurely exploded while he was placing it at the port of Piraeus in June 2002, a botched terror attack that marked the beginning of the end for the once elusive terrorist group.
According to latest reports there are about 150 anarchists inside the building. The anarchists have also announced a demonstration outside the Propylaea for 5 p.m. on Friday, followed by another demonstration outside the Korydallos Prison at 6:30.
Further demonstrations and events have been announced for noon on Saturday at Syntagma Square and at 6 p.m. on Tuesday the 17th of March at Monastiraki Square.