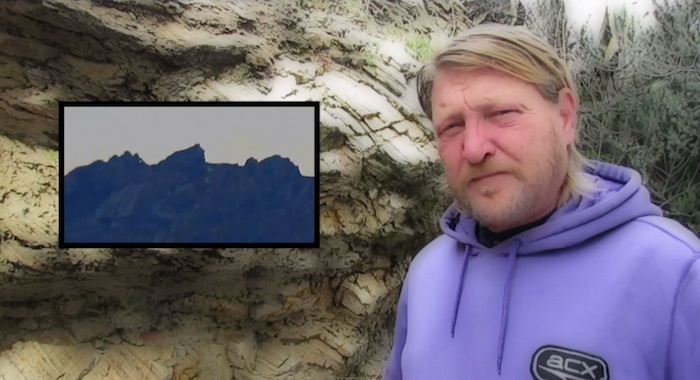 A Star Trek and Leonard Nimoy fan from Greece says he discovered a rock that looks like “the profile of Spock” on the Greek Island of Kythnos. He adds that he saw the rock the day Leonard Nimoy died.
“While on the island of Kythnos recently, I discovered a giant mimetolith that looks like the profile of Spock,” says Algy Kemezis.
That would be Leonard Nimoy who played Spock in the Star Trek series.
“As it happened he died while I was on the island and I was so glad to be the first to find and name this Mimetolith after him,” adds Kemezis.
“Being a life long fan of Spock’s, I was lucky to notice a striking mimetolith on the mountain looking out from the third beach in Loutra.”
Here is the video the Star Trek fan made about the passing of Leonard Nimoy and the Memorial Mimetolith. The rock can be seen from Loutra, a village famous for its thermal springs throughout antiquity on the island of Kythnos.