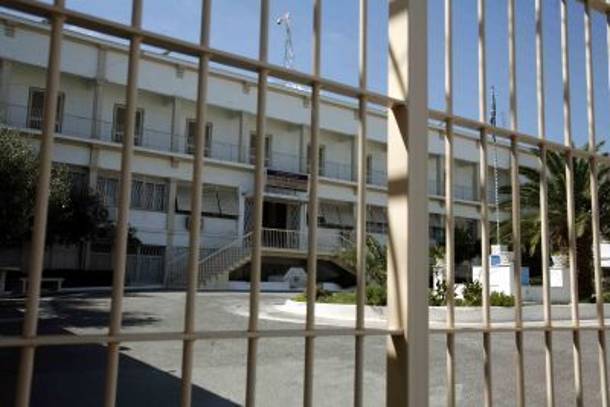 New shocking images revealing the despicable conditions of Greece’s largest Prison Hospital in Korydallos district, western Athens, have been posted on Twitter earlier today. The photos, depicting the lack of even minimum hygiene conditions, 100% justify the inmates’ nickname for the facility: “Korydallos hell.”

In October 2014, Greek news portal enikos.gr run an exclusive story on the conditions in Korydallos prison and its hospital. Inmates even referred to deaths by tuberculosis, while, as they highlighted, two prisoners lose their lives in the hospital almost every month! Indicative of the hygiene conditions was one of the inmates’ statement: “The inmates that contract tuberculosis go to solitary confinement for three months but when they come back to their cells we do not really know if they have really been cured. We only have one doctor for all inmates and he is inexperienced. The conditions inside the prison are tragic. We have a tuberculosis case almost every day and one or two inmates die from the disease every month. Ten minutes before they die, they are rushed to a public hospital in order not to die in prison.” 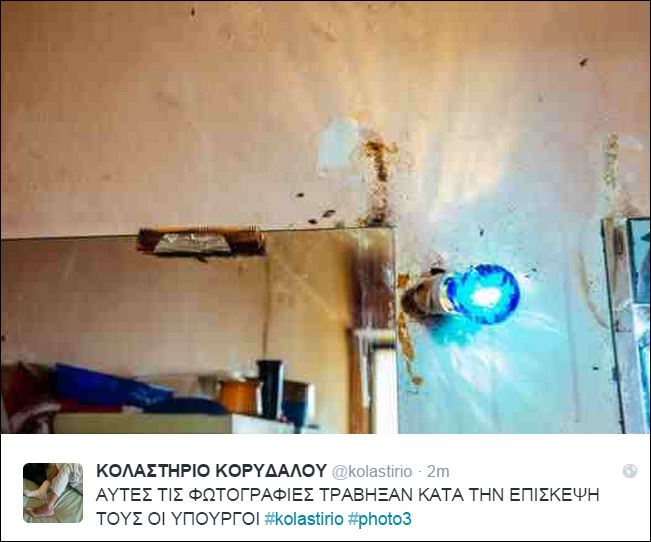 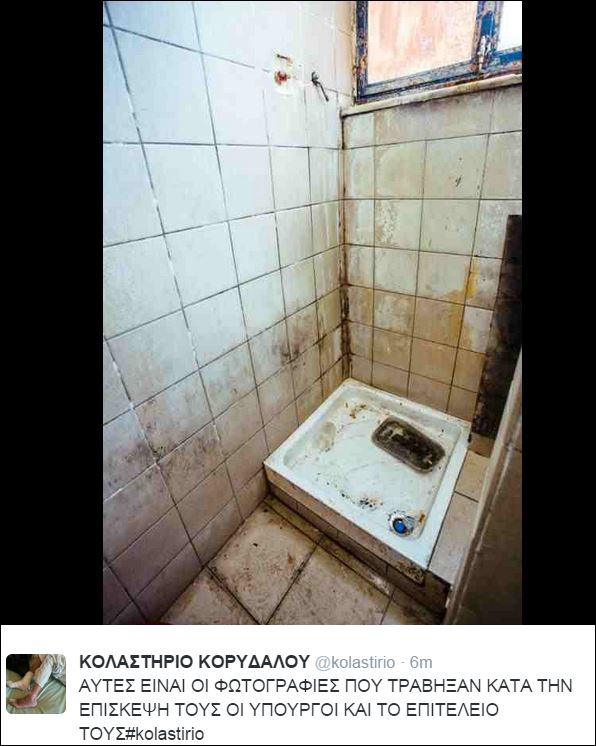 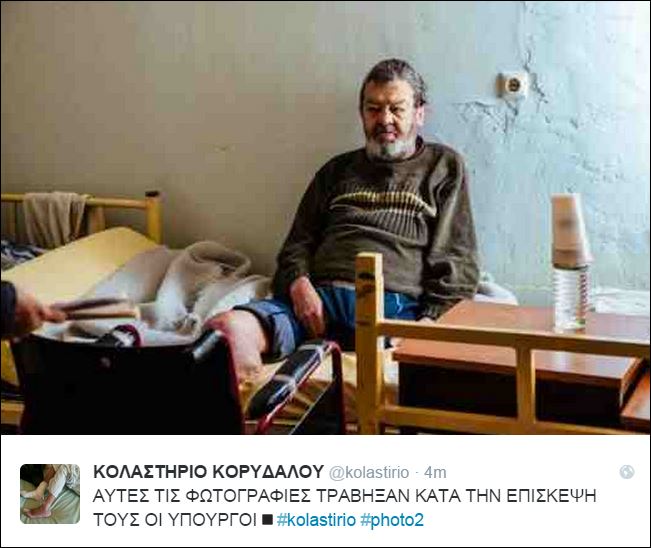 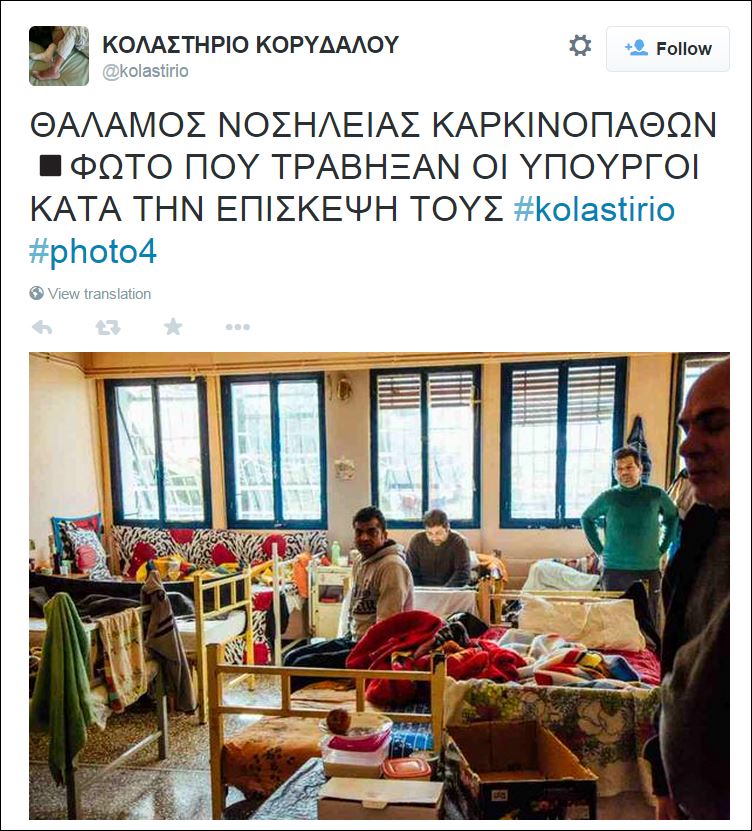