Turkish Govt: Initial NOTAM for Military Maneuvers in Aegean Was a Mistake 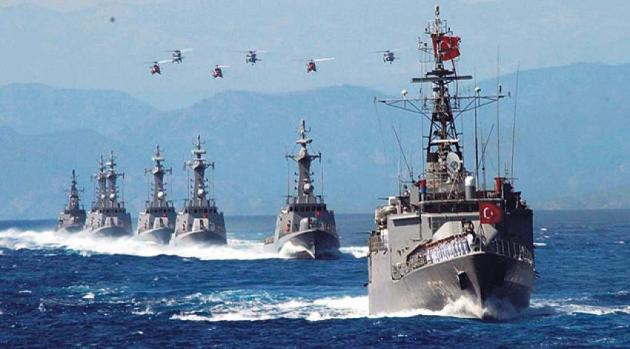 The Turkish NOTAM (Notice to Airmen) on military maneuvers in the heart of the Aegean Sea and Greek airspace was a mistake, now stated the country’s leadership following the Greek government’s strong reaction. According to Ankara’s Foreign Ministry spokesperson, Tanju Bilgic, the initial notice was issued by mistake and therefore canceled and replaced by a new, revised one. A statement issued by Bilgic on Tuesday said that the notice was inadvertently declared “with inaccurate coordinates,” while he did not elaborate. Furthermore, the Turkish Foreign Ministry official said his country would not declare a new NOTAM for “a certain period of time” and highlighted that Turkey was willing to resolve the dispute through talks.

On Friday, February 27, Turkey issued a NOTAM requesting to reserve extensive Greek airspace from March 2 to December 31 for military exercises, include firing ammunition over the Aegean Sea, from the Greek island of Lemnos to Skyros within the Athens FIR.

The move was considered a serious provocation by Greek Prime Minister Alexis Tsipras who decided to take the matter to higher authorities. The Greek Foreign Ministry spokesman noted that Turkey’s provocative move is serious and dangerous. Meanwhile, after Greek Foreign Minister Nikos Kotzias described the situation to Tsipras, the Greek government immediately issued a notice to all relevant bodies such as the NATO, the European Union, the ICAO (International Civil Aviation Organization), the United Nations and of course Ankara, requesting the cancellation of the military exercises.

As a result, the Turkish military and political leadership slightly backtracked, issuing a new notice. In a new NOTAM issued earlier today, the Turkish government revised the previous notice. The new notice (No. 0900/15) replaced the original one (No 0889/15) by excluding lands of the Greek island of Lemnos from the area reserved for military use.