GRNews
GreekReporter.comGreek NewsEconomyNew Democracy MP Mitsotakis: We Will Vote in Favor of the Loan...

New Democracy MP Mitsotakis: We Will Vote in Favor of the Loan Extension Agreement 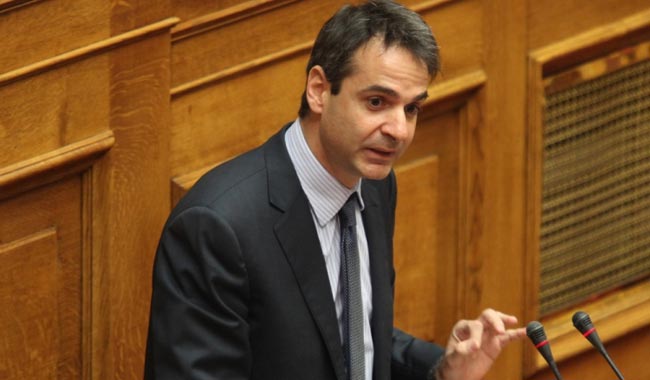 New Democracy MP and parliamentary spokesperson Kyriakos Mitsotakis revealed today that the main opposition party will vote in favor of the four-month loan extension agreement, when this comes to the Greek Parliament. As he highlighted in an interview with Greek radio station “Parapolitika,” a third bailout is imminent but at the same time “it is not good for the country.”

In addition, Mitsotakis noted that the leftist SYRIZA list of reforms sent to the country’s loan partners and institutions is not genuine. “A large part of the Varoufakis’ email has been ‘copy/pasted’ from the ‘damn Memorandum’,” he characteristically said, explaining that it includes “reforms that existed and were implemented, and it is good that the government will continue to implement them.” At the same time, the New Democracy former Minister urged that a third bailout is imminent, even though it is “not good for the country.” “The recent agreement includes common sense reforms that will allow the country to set the false bailout-versus-anti-bailout dilemma aside,” he underlined.

“However, it should be noted that there is a significant diversion in the budget, already from the first month, which will make achieving the set goal extremely difficult for the government,” he added. Finally, Mitsotakis pointed out that from March “there will be substantial financing needs, which the government has not yet explained to us how it aims to cover them.”

Mitsotakis was absent from last week’s Presidential Ballot as he refused to vote in favor of the new President of the Hellenic Republic, Prokopis Pavlopoulos, nominated by the ruling SYRIZA party. In a statement issued after the process, he explained the reasons he did not vote for Pavlopoulos, who is also a member of New Democracy and former Minister. “I honor Prokopis Pavlopoulos as a Professor and an excellent jurist, with deep scientific knowledge. Through his political path, however, I am not convinced that he is the most appropriate for the Presidency of the Hellenic Republic for three reasons.” As Mitsotakis further said, Pavlopoulos, during his term as a Minister, failed to resist the citizen-state “client relation,” he appeared deficient to deal with one of the country’s greatest crises of recent history (the one of December 2008, after the assassination of 15-year-old Alexandros Grigoropoulos) and finally, his position in regards to Greece’s place in the European Union does not reflect Mitsotakis’ views. His decision spread unease among the former governing party, which agreed to support the new President’s candidacy.