GRNews
GreekReporter.comGreeceThe Five Absences from the Presidential Ballot and Mitsotakis' Statement that 'Froze'... 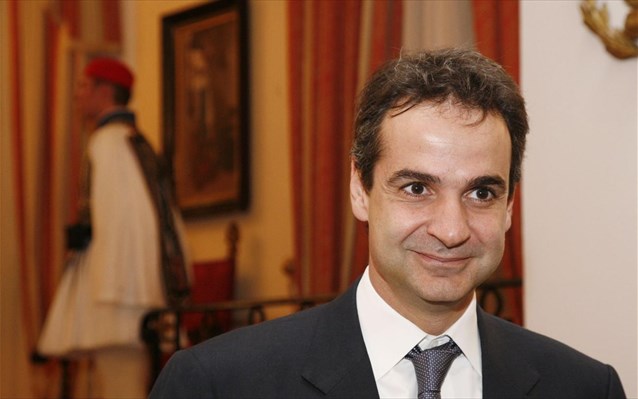 With a total of 233 votes the Greek Parliament elected Prokopis Pavlopoulos as the seventh President of the Hellenic Republic. Pavlopoulos was elected with the votes of coalition partners SYRIZA and Independent Greeks (ANEL) as well as the support of his party, New Democracy.

Five MPs -two from SYRIZA and three from New Democracy- were absent during the election procedure. Those absent were SYRIZA MPs Giannis Michelogiannakis and Anna Gaitani as well as New Democracy MPs Alexandros Kontos, Savvas Anastasiadis and Kyriakos Mitsotakis. The first two New Democracy MPs declared they would be abroad during the Presidential Ballot but Mitsotakis was also absent from the procedure.

His absence, though, in combination with a statement he released just hours before the election procedure was the one that spread quandary to New Democracy’s headquarters. In his statement, Mitsotakis explained why he decided not to be present during the voting procedure and based his reasoning on three basic arguments.

“I honor Prokopis Pavlopoulos as a Professor and an excellent jurist, with deep scientific knowledge. Through his political path, however, I am not convinced that he is the most appropriate for the Presidency of the Hellenic Republic for three reasons.” As Mitsotakis explained, Pavlopoulos, during his term as a Minister, failed to resist the citizen-state “client relation,” he appeared deficient to deal with one of the country’s greatest crises of recent history (the one of December 2008, after the assassination of 15-year-old Alexandros Grigoropoulos) and finally his position in regards to Greece’s place in the European Union does not reflect Mitsotakis’ views. In conclusion -and after wishing Pavlopoulos to prove him wrong- Mitsotakis said his absent from the voting procedure is justified by his unwillingness to vote against Pavlopoulos.

Greek Parliament President Zoe Konstantopoulou will visit Pavlopoulos at his political office for a formal announcement of the Presidential Election results.

The new Greek President will assume his duties on March 13, when the term of his predecessor, Karolos Papoulias, is complete.