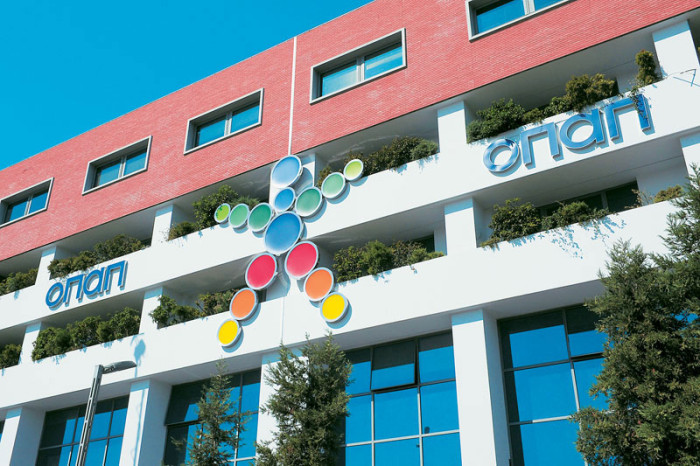 Greek gaming company OPAP is moving forward with the plan to create a “Play” gaming hall network in order to host its new game machines, known as Video Lottery Terminals or VLTs. According to company officials more than 4,000 properties have offered to house the Play halls. Meanwhile, hundreds of people across Greece have applied to take over the management of a gaming hall.
The first wave of applications included at least 500 current OPAP betting agents, wishing to manage one of the new gaming halls. However, several agents opted to support their trade union which aims to stop the process. The union demanded that OPAP arranges a completely different development plan for VLTs in Greece.
The gaming company wishes to install VLTs in different locations and not in the stores of actual betting agents, however, the agents’ union supports the complete opposite.
OPAP plans to open approximately 660 Play gaming halls with approximately 25 machines each, adding up to a total of 16,500 VLTs. The Agency holds licenses for 35,000 machines, but the remaining 18,500 VLTs will be provided to a series of selected subcontractors.
Creating Play gaming halls will undoubtedly help the Greek property market. Furthermore, OPAP’s plan will reduce unemployment, as it is estimated to employ over 10,000 workers. The most important contribution, however, is the limitation of illegal gambling, which according to the Hellenic Gaming Commission exceeds 5.5 billion euros annually and is considered a source of corruption and black money.