Greek Gov't Will Not Appoint Party Members to Run Banks 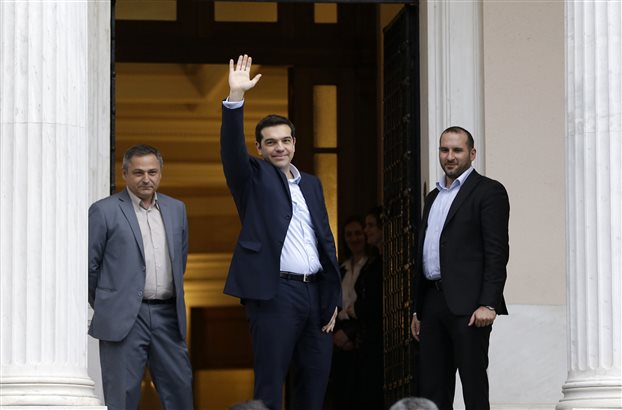 The new Greek government will not take any actions to hurt the share values of banks and will not appoint party members at key management positions, the government’s spokesperson said on Monday.
“We will not do anything that would hurt the share value of banks,” Gavriil Sakellaridis told Skai TV. “Whatever we do in the banking system will be done in cooperation with private investors. We will not appoint party officials to manage banks.”
This came after Eurobank, one of the four major Greek banks, appointed a new chief executive manager and board chairman. New CEO is Fokion Karavias and Nikos Karamouzis the new chairman.
The decision came after deputy prime minister Yiannis Dragasakis met Eurobank shareholders on Friday to discuss the bank’s future. Dragasakis said on Sunday the management changes had not been done at the prompting of the government.
The changes took place after the decision of Chief Executive Officer Christos Megalou to accept a position at Fairfax Financial Holdings, the Toronto-based fund that holds a 13.6 percent stake in Eurobank.
The Hellenic Financial Stability Fund, Greece’s bank bailout fund, holds majority stakes in three of the country’s four biggest banks, National Bank, Piraeus Bank and Alpha Bank, after their recapitalization. It also holds 35 percent of Eurobank shares.
Bank shares have received massive blows since the left-wing SYRIZA party won the January 25 election because of uncertainty over whether Athens’ standoff with its European partners might lead the European Central Bank to cut the banks’ access to its funding. There has also been speculation the new government would appoint new management at some of the four major banks.
Sakellaridis said the new government is willing to cooperate with Bank of Greece’s governor Yiannis Stournaras.

The holiday bookings of British nationals to Greece for 2021 have risen recently by a stunning 96 percent, travel agency Skyscanner has confirmed.
Education