GRNews
GreekReporter.comGreek NewsEconomyLa Repubblica: The Troika Saved the Banks, Not the Greek People

La Repubblica: The Troika Saved the Banks, Not the Greek People 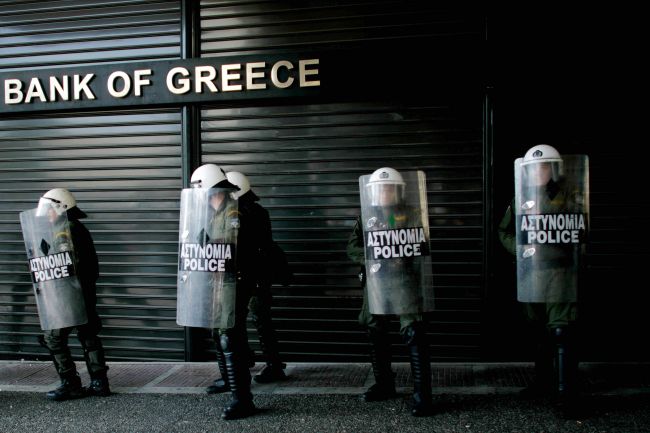 To the Greek banking system ended up more than 90% of the bailout loans given to Greece, while less than 10% ended in those really in need; the people of Greece, Italian newspaper La Repubblica argued in a direct attack against the Troika policies. Based on the findings of UK-based Jubilee Debt Campaign NGO, the Italian newspaper, with an article published in its online edition, accused the European Union, European Central Bank (ECB) and International Monetary Fund (IMF) Troika of saving the Greek banks, rather than the Greek people.

As the author, Ettore Livini, highlighted, the Greek bailout program aimed to save the country’s financial sector, by transferring the debt from the private to the public sector. According to Jubilee Debt Campaign, which is cited by the newspaper, out of a total of 240 billion euros loaned to Greece, less than 24 billion ended to Greek people’s hands, as the majority of them were spent in support of the banking sector and later in the repayment of interest rates.

In addition, Livini argued that the British NGO’s report supports Greek main opposition SYRIZA for the upcoming Greek general elections, as the leftist party has proclaimed a debt write-off as its primary target in an attempt to boost the country’s troubled economy. At the same time, the British NGO claimed that a Debt Conference is seen as necessary, although if it fails, Athens will find itself facing the danger of a default.

Finally, the article made reference to Greece’s own mistakes that lead the country to its current critical situation, while it underlined that without Troika’s funding it would have already defaulted, long ago. Closing, Former Italian Prime Minister and Foreign Affairs Minister Massimo D’ Alema underlined that the Greek people will react against the unjust policies they have been subjected to.