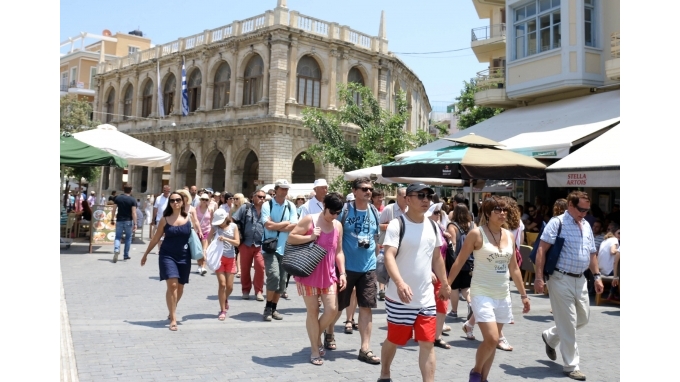 Ukrainian travel agency “News Travel,” which used to provide services to 120,000 Ukrainian tourists per year, organizing trips to 31 destinations, has shut down. Several popular Greek destinations such as Crete, Halkidiki, Corfu, Rhodes and Kos were included in the agency’s travel packages.
According to recent estimates, News Travel used to send around 10,000 tourists in various Greek hotels, while Greece was among the first travel choices of its customers. Cyprus was also high on the list, with both countries ranking in the agency’s top 5 destinations.
News Travel was first shaken by the Ukrainian crisis, while over the last few months, the owners were unable to sustain their business, since the Ukrainian tourists’ purchasing power decreased dramatically. The tour operator – one of the fastest growing tourism businesses with more than 170 employees and offices in six cities across the country – lost its momentum and began to show serious signs of economic damage.
The first worrying sign appeared when the travel bookings to Greece dropped by 60% over the course of last summer. In 2013, around 250,000 Ukrainian tourists visited Greece, however their numbers were significantly lower in 2014.
This will be the second hit for Greek tourism, after it suffered a major loss last summer due to the fact that many Russian tour operators were also forced to shut down.