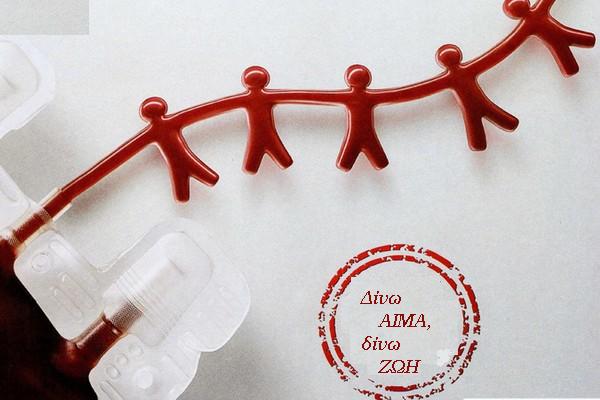 The number of blood donors in Greece is decreasing significantly, according to figures by the National Center for Blood Donation (EKEA).
Data provided by EKEA show a steady downward trend in blood supply in recent years. In 2013, blood centers collected 39,000 blood units less, compared to 2012. It is estimated that the downward trend will continue in the 2014 figures.
In some big public hospitals there was a record decline in available blood. In Agia Sofia hospital in Athens there was 73.5 percent less blood collected.
The National Association of Volunteer Blood Donors sounded the alarm, calling volunteers to not forget to donate blood for their fellow-men. President of the association Christos Protopapas commented on Ethnos daily that “in times of crisis, we must show increased solidarity and altruism.”
“We see a continuing drop in voluntary blood giving, which is also attributed to the fact that the state is not conducting an information campaign,” Protopapas said.
“Unfortunately, the crisis has not increased solidarity. We see that in major hospitals in Attica, 70 percent of the blood collected comes from relatives and friends of patients and only 30 percent from voluntary donors. At best, the proportion of volunteer blood donors and family members is 50-50. The situation is better in regional hospitals.”
Indicative is the fact that in Attikon hospital in 2013, blood collected from relatives was almost double of that offered by volunteers (5,502 units versus 2,997).
A similar picture appears in hospitals such as G. Genimatas, with 11,542 blood units collected by relatives as opposed to 10,878 by volunteers, Asklipio in Voula (5,984 versus 5,784), Thriasio (3,204 versus 2,102), Nikaia State Hospital (12,227 against 10,129) and Tzaneio (10,420 versus 8,311).
The situation in hospitals outside Attica and regional health units is significantly better. In AHEPA in Thessaloniki, for example, blood donated by volunteers was almost double that of relatives (15,400 units from volunteers versus 8,777 from relatives).
The same Increased sensitivity was recorded in other regional hospitals such as Agios Andreas of Patras (7,215 volunteers over 3,304 relatives) and Agios Pavlos in Thessaloniki (9,774 versus 2,807).
Agia Sofia hospital in Thessaloniki holds the record for volunteer blood donors, where volunteers offered 13,639 blood units compared to just 1,608 units given by relatives. However, the 2013 overall blood supply was significantly less than that in 2012.