Blessing of Waters in Vancouver 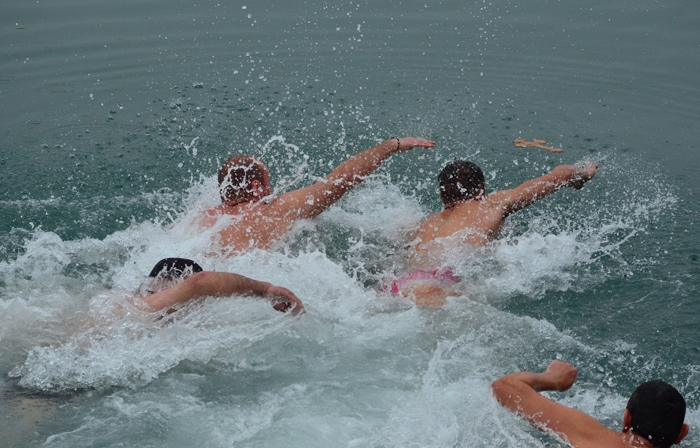 The Greek Community of Vancouver celebrated for the first time after 32 years, the Blessing of Waters, at a beach outside the city, an event that was attended by a large crowd of Greek Orthodox Church members.

According to the newspaper “Vancouver Sun” — which published an extensive cover story by Matthew Robinson about the revival of the Epiphany tradition — the waters were really cold, but that did not stop the 20 divers who plunged in the sea in search of the cross. Three women were included among the divers.

Constantinos Economos, the new priest in Vancouver’s St. George Greek Orthodox Cathedral, had the idea to revive the tradition. “This is a tradition that’s done every year in Greece and all the Orthodox countries,” said the 29-year-old priest to the newspaper Vancouver Sun. Economos was appointed along with two other priests who are now in charge of the Greek Orthodox Communities in Vancouver and Surrey.

Meanwhile, the Canadian newspaper “Province” also paid tribute to the special event, stating that the cold waters of Kits beach did not stop the divers from following the tradition of diving for the cross.