GRNews
GreekReporter.comGreeceElection Candidates Switch Parties to Save Their Skin, Not Greece

Election Candidates Switch Parties to Save Their Skin, Not Greece 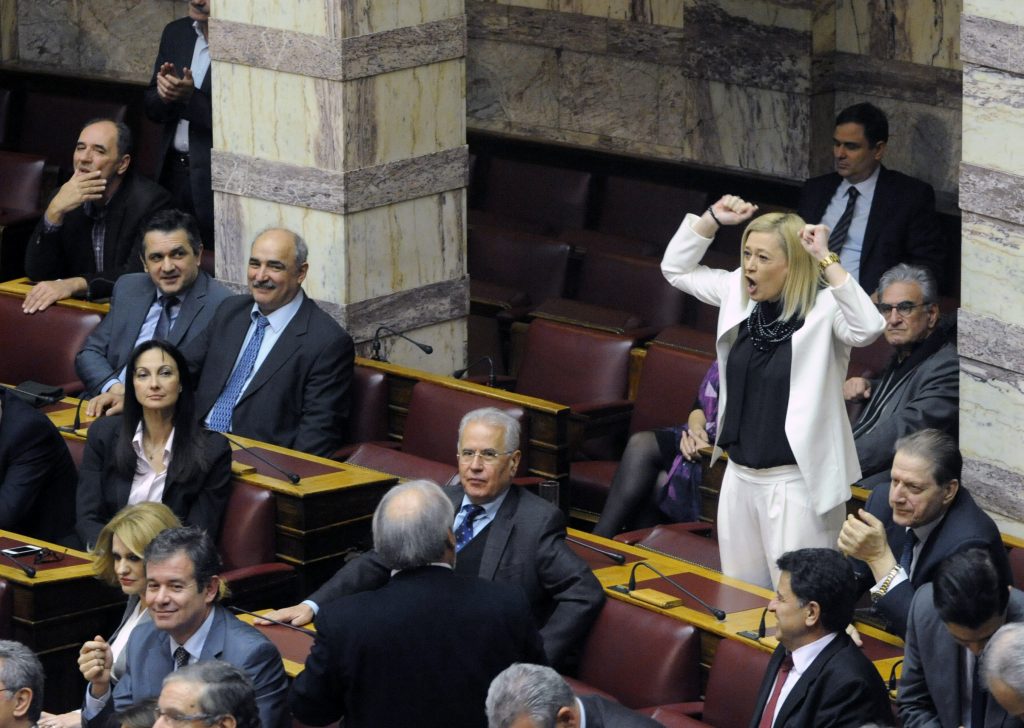 The January 25 elections are considered the most important in modern Greek history. Then again, a look back in previous elections will show that Press and candidates say the same about every election since the return of democracy in Greece in 1974.
The same people who crossed swords in the 2012 elections and will do so again in two weeks, were telling us then that “these are the most important elections for Greece.” It must be one of the most repetitive, empty, unimaginative slogans we hear every such time. Not as good as “change” though; a promise made by any politician who would be happy if things stayed exactly as they are.
Truth is that these elections have some specificities. Big and medium parties of the past are shrinking or disappearing from the political map. At the same time, we have some of the 300 MPs decorating the Parliament seats, making spectacular switches.
First, we had the break-up of the once mighty PASOK in two fragments: One with George Papandreou, son of the party’s founder, Andreas Papandreou, and Former Prime Minister with the stigma of “selling” the country to the International Monetary Fund. The other part of PASOK, with a new middle name as Democratic Party and Evangelos Venizelos at the helm, will continue on the rocky road of depreciation.
At the same time, Democratic Left (DIMAR), which used to be part of the coalition with New Democracy and PASOK, seems to be non-existent, losing almost all of its MPs after siding with SYRIZA in the Presidential election.
Independent Greeks (ANEL) have also lost members and there are speculations that they will not get enough votes to enter the House again. Even the manufactured bribery scandal didn’t help them win the political gravitas they crave.
Also, there are politicians who have unexpectedly changed colors, from Left to Right and backwards, as if the party that made them is of no importance to them. They changed sides with the same ease they would change a suit. Disregarding their voters’ expectations.
For example, Vassilis Economou who was with DIMAR, turned independent for a while and now will be in the New Democracy ballot for January 25. Angela Gkerekou, well-known PASOK MP with big success in her district, will be with New Democracy from now on. Her change of color has made PASOK leader Evangelos Venizelos to turn against his coalition partner and New Democracy chief Antonis Samaras, and accuse him of an “immoral act.” Giorgos Davris of ANEL also jumped into the New Democracy lifeboat.
Who would have thought that Rachel Makris would leave rightist ANEL and try to go to SYRIZA, and after failing that, she would flirt with the communists of ANTARSYA? Οr that former PASOK deputy Minister and now independent Markos Bolaris would be rejected by SYRIZA? Or that Chryssoula Giatagana, previously with ANEL, would turn down SYRIZA?
The fact is that many MPs, independent or not, certain that SYRIZA will win, rushed to offer their presumed political weight and expertise to SYRIZA, regardless of previous political affiliations. That can only mean one thing: Ideologies and political convictions mean nothing in the prospect of winning a seat in the Greek Parliament. Others, ran to close second New Democracy. After all, the salary is the same for all MPs. Given the fact that the Greek electoral system gives a bonus of 50 seats to the first party, it’s a surprise that SYRIZA didn’t see more candidates begging. The SYRIZA ranks are already full of former PASOK members who didn’t have a chance to enjoy the perks of power.
A recent study on switching party affiliations in the 2010-2012 period, shows that 75 Greek MPs switched party, as compared to eight in Ireland and none in Spain or Portugal. These figures show that in Greece, for the Red, Blue or Green, politics is business; and business is good. No wonder Ireland is out of the economic crisis and Spain and Portugal are close.
In these elections, many Greek politicians unwillingly admitted that all they care about is to save their skin, not Greece. All this talk about “I joined this other party where I can work with all my power to help Greece come out of the crisis” is no more believable than the phrase “Your check is in the mail.”