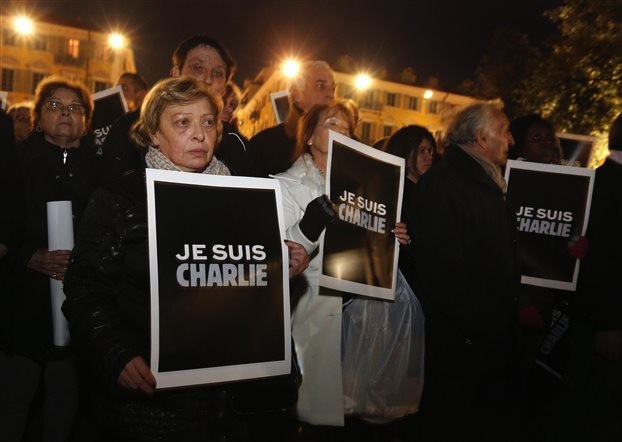 A gathering has been organized in Athens, Greece, to express solidarity towards the French and the families of the Paris attack victims. The gathering will take place on Thursday January 8, at 5 p.m., at the French Institute of Athens.
People around the world have organized such gatherings, under the name “Je suis Charlie” (I am Charlie) to show their support after the tragic incident that took place at the offices of satirical French magazine, Charlie Hebdo, in Paris.
On Wednesday, three gunmen entered the magazine’s central offices and killed 12 people, while 11 more were injured. French authorities are attributing the crime to Islamic fundamentalists who targeted Charlie Hebdo after it published satirical sketches about their religion.
Charlie Hebdo’s website went offline during the attack and it is now showing a single image of “Je suis Charlie” on a black banner, referring to the gatherings’ slogan and a hashtag that is trending on Twitter in solidarity with the victims.
The gathering in Athens will commence at 5 p.m., at the French Institute in central Athens (31 Sina Street).