TechNews
GreekReporter.com USA The Colossus of Rhodes and the Statue of Liberty

The Colossus of Rhodes and the Statue of Liberty 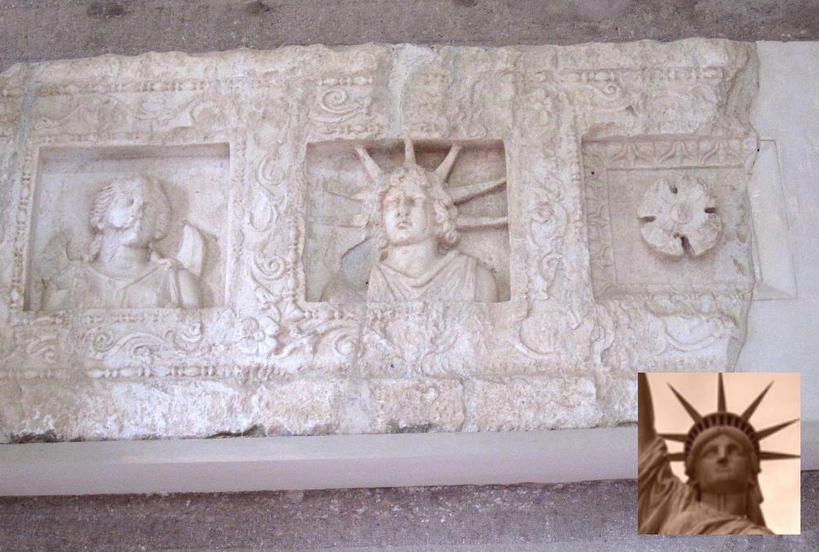 The famous ‘Statue of Liberty’ is widely recognized across the world. Widely known as a gift from France to America, the statue is believed to be a mark of freedom from colonial shackles, not least because of the inscribed American independence date on the pedestal.

The actual history of the statue is rather more than that. The statue of ‘Libertas’ or the Roman Goddess of Freedom is actually a like-for-like representation of the original Seven Wonders of the Ancient World, statue of ‘Colossus of Rhodes.’ The similarity doesn’t end there.

The Statue of Liberty was designed and built to the scale and design of the original Colossus of Rhodes (at least as it was believed to have looked at the time Liberty was constructed). 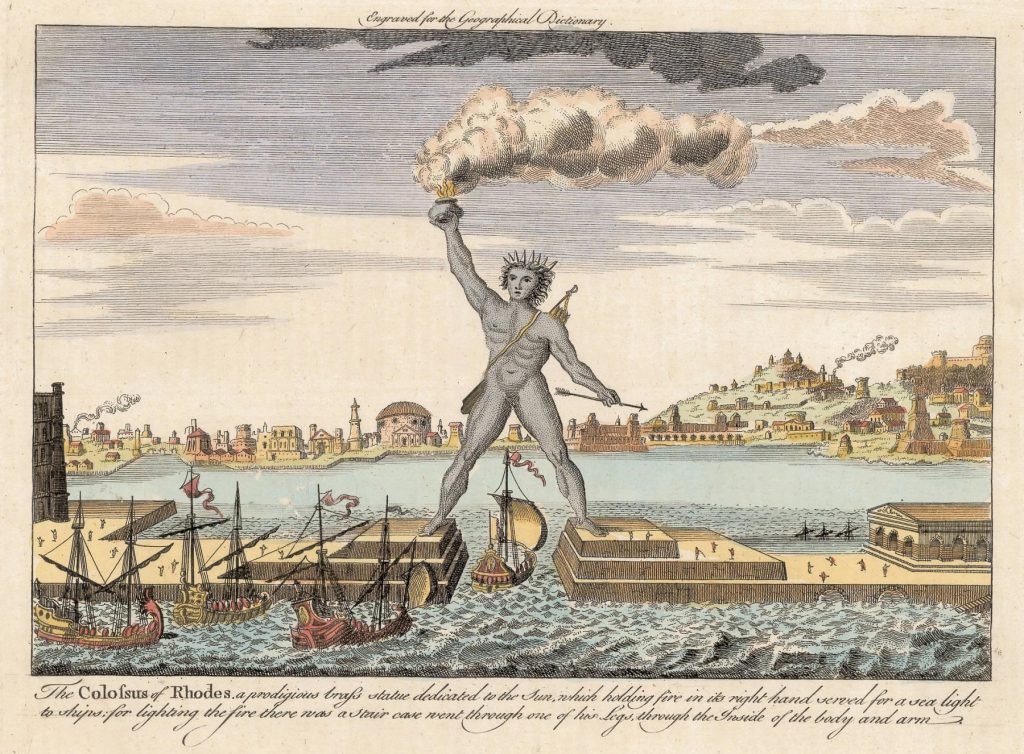 Beginning work in 292 BC, it took Charles of Lindos and his designers nearly twelve years to complete the 110-foot statue, which was then erected on a 50-foot pedestal. The base was carved out of white marble and joined to the cast of feet at the ankles. The status was believed to be dedicated to the Greek God of Sun, Helios (or Apollo), whose blessings were supposedly the driving force for Rhodes’ victory Cyprus (305 BC).

The equipments of the vanquished enemy were sold off to finance the building of the statue. It stood for over half-a-century, by which time its fame reached scholars and visitors from far off lands, before a devastating earthquake in 226 BC demolished it. The dedication script on the statue, according to texts discovered later, spoke of a ‘statue leading to Olympus.’

While the representation of liberty and freedom isn’t entirely misplaced per se, it is mainly believed to be something of a modern metaphor about America being the ‘land of opportunity’ and freedom for immigrants. 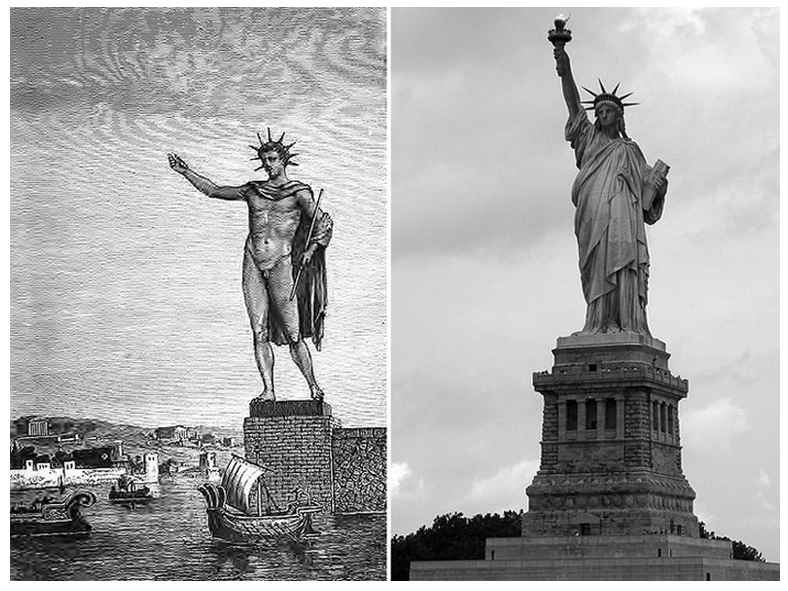 (Left: The Colossus of Rhodes depicted in 1880; Right: Statue of Liberty)

However, being based on another statue which was once a renowned representation of ‘freedom’ for this world, the Status of Liberty certainly owes a major allegiance to the Colossus of Rhodes, both in architectural similarity and significance. Similar facial expression, seven beams of light in exact position with those in the Statue of Liberty and the same dimensions.