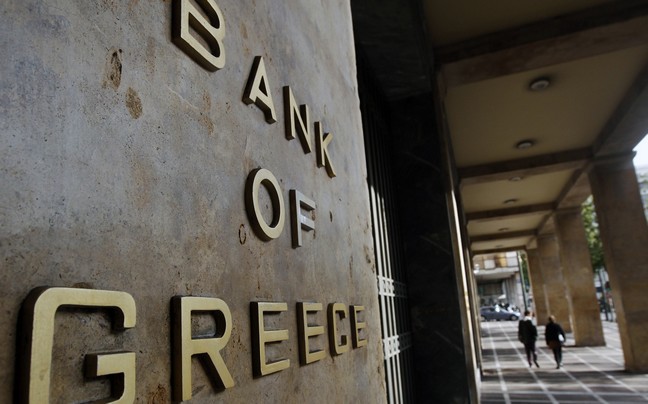 Towards the emergency issuing of Greek treasury bills is directed the Finance Ministry in order to secure some 4.5 billion euros for the country’s government, which in the first quarter of 2015 needs to cover the payment of interest and amortizations, if an agreement with the Troika has not been reached and the remaining installments of the Greek bailout program are not yet paid.
In such a case, the money will be drawn from the Greek banks with the emergency issue of treasury bills, which, however, will significantly reduce liquidity that will be deducted from the real economy. As Greek financial newspaper “Imerisia” stressed, this is the reason an emergency consultation took place at the Bank of Greece (BoG) earlier this week with the participation of its governor, Giannis Stournaras, the two deputy governors G. Mourmouris and G. Papadakis, and the bank’s directors.
According to the newspaper, the meeting’s subject was to examine the current conditions, but also find ways to mitigate any consequences for the Greek banking system. It should be noted that the Greek banks have already given 11 billion euros to treasury bills, depriving valuable liquidity from the real economy, although the issue of new treasury bills seems as the most likely solution: Firstly due to the Troika’s evaluation not being completed, which would signal the green light for the disbursement of a 7.2-billion-euro installment of the Greek program and secondly due to foreign investors being absent from auctions because of the unstable political climate.
In any case, the government’s need to pay 4.5 billion euros by the first quarter of 2015 and the public revenue shortfall form a very dangerous combination for the Greek economy that could torpedo development and every effort for fiscal consolidation in the country.