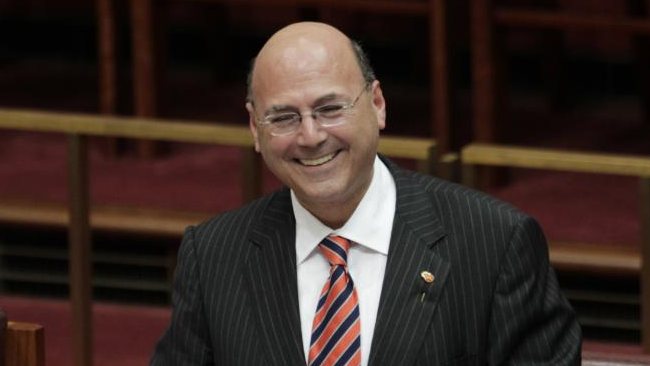 Greek-Australian Federal Assistant Treasurer, Arthur Sinodinos, finally resigned from office amid rumors of an imminent government reshuffle. Sinodinos announced his decision to the country’s Prime Minister, Tony Abbot thus making it possible for him to fill his position which had remained empty since he temporarily resigned from office last March.

Arthur Sinodinos temporarily resigned in March 2014 due to his alleged involvement in a corruption case back in 2008. The Independent Commission Against Corruption (ICAC) claimed that Sinodinos as a director of Australian Water Holdings, had gained 20 million dollars from a contract with the public water utility of New South Wales, Sydney Water.

While the ICAC investigations were completed, the result had been delayed, therefore Sinodinos decided to resign because as he said the government needs an Assistant Treasurer to carry out its duties. He stressed that the Commission would vindicate him and stated that he was optimistic about his future return to the Australian government.

In his statement, Prime Minister Tony Abbott stated that the government does need an Assistant Treasurer for the preparation of the budget. Meanwhile, he stressed his optimism saying that he was “confident Senator Sinodinos would be vindicated. Furthermore, he added that he would announce Sinodinos’ replacement within the next few days.

Political analysts commented that after the Greek-Australian Senator’s decision Abbott could either find a replacement for the office or he would move forward with a wider government reshuffle.