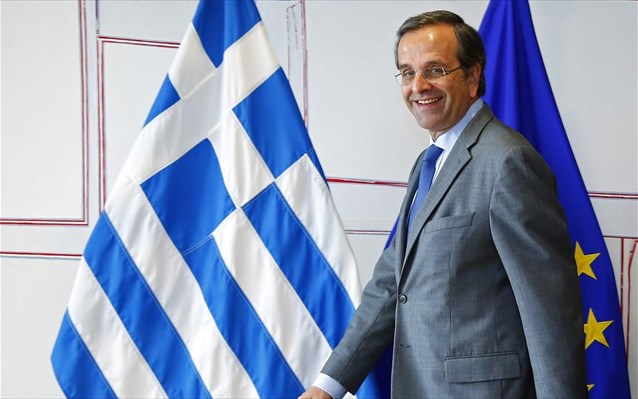 In Brussels on the occasion of the European Union summit will be today and tomorrow the Greek Prime Minister, Antonis Samaras, in the aftermath of the first, unsuccessful, ballot for the election of the new President of the Hellenic Republic.

According to the summit’s agenda, the European leaders will table EU Commission President Jean-Claude Juncker‘s 315-billion-euro investment plan as well as developments in Ukraine and the Union’s relations with Russia. As emerging from the Greek Premier’s associates, Samaras is expected to appear in favor of speeding up the procedures regarding Juncker’s investment package in order to boost the growth within the European Union. Furthermore, regarding the Ukrainian issue, the Greek government is clearly supporting any actions that will de-escalate tension in the country’s east and normalize the European-Russian relations, within the framework of the Union’s rules.

Officially, the developments in Greece are not included in the agenda, although its is considered certain that they will be discussed on the summit’s sidelines or in bilateral meetings between the Greek Prime Minister and his European counterparts or other EU officials. Samaras is expected to repeat to the country’s European partners that his intention is to maintain political stability in Greece and that this will only be secured with the election of a new President of the Hellenic Republic. In addition, he will also express his optimism that Greek MPs will face the occasion responsibly so that the country will not get involved in a political adventure that would harm its attempt to return to the markets.

Thus the Greek government is expecting the European leaders to express their solidarity, in the sense of supporting the country’s political stability, so that the Troika’s current review will be concluded, the country’s “next day” steps will be agreed and the Greek debt sustainability report can finally proceed.

The Greek Prime Minister is accompanied in Brussels by government spokeswoman Sofia Voultepsi, Finance Minister Gikas Hardouvelis, Development Minister Kostas Skrekas, and his adviser Stavros Papastavrou. Earlier today he participated in a meeting of the European People’s Party, member of which is his party, New Democracy.