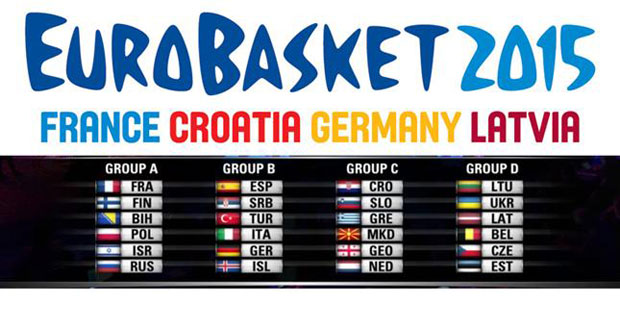 Croatia, Slovenia, Skopje, Georgia and Holland are the teams Greece has been drawn to battle against in the FIBA Eurobasket tournament taking place in September 2015.
The two-time champions of Europe (1987, 2005) will play all their group-stage games in the city of Zagreb, a place that brings back bitter-sweet memories from 1989, as Nikos Galis, Panagiotis Giannakis and the rest of the defending champions back then, were defeated in the final from hosts Yugoslavia. 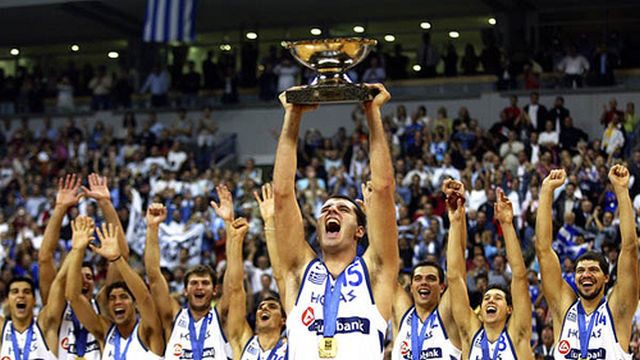 The FIBA committee staged the 2015 Eurobasket draw in Disneyland. This will be first time in history a basketball tournament will take place in four different countries. Initially, Ukraine were the baptized hosts but in consideration of the players’ and fans’ safety due to the heated Russian-Ukrainian relations, the competition was handed over to France, Croatia, Germany and Latvia.
It will begin on September 5th, 2015 and ran till the day of the final which will take place in the city of Lille in France, at the multifunctional soccer stadium Stade Pierre-Mauroy which will turn into a basketball arena for the sake of the tournament.
The two finalists will automatically qualify to the Rio de Janeiro 2016 Olympic Games, while teams that finish 3rd-6th will participate in the pre-olympic tournament with the aim of “purchasing” the rest of the tickets.
Greece will play all its group stage games at the Arena Zagreb, a sports hall with a capacity of 15.000
09/05 Skopje – Greece
09/06 Greece – Croatia
09/08 Georgia – Greece
09/09 Greece – Slovenia
09/10 Greece – Netherlands