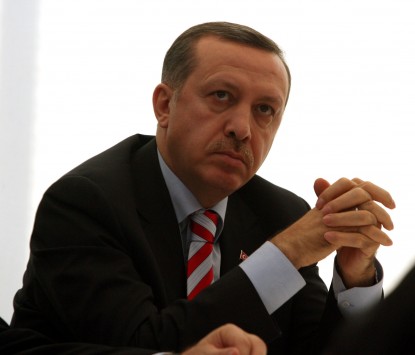 Turkish President Recep Tayyip Erdogan stated on Wednesday that Turkey can build its own platform and drill for gas off Cyprus’ waters. The statement was made during the reception for the 60th anniversary of the Turkish Petroleum Corporation.
Erdogan said that since the Cypriot government has not heeded to Turkey’s warnings, Turkey will continue searching for natural gas in Cyprus.
“Turkey will never stay out of recent developments in Cyprus,” Erdogan said. “Our research vessel is now continuing its drilling activities. We will continue to be there as long as the Greek-Cypriot administration and Greece continue to ignore our warnings on the issue,” he added.
Peace talks between Turkey and Cyprus halted on October 7 when Turkey sent seismic vessel “Barbaros,” accompanied by a warship, to Cyprus’ Exclusive Economic Zone (EEZ).
“‘Barbaros‘ has been imported. Now we are building our own ship in Tuzla. We hope that we can start drilling in the Black Sea in January,” the Turkish President said, adding that “we can build our own platform in our own shipyards.”
Finally, Erdogan talked about the recent energy deals with Russia, stating that Turkey is becoming a major player in the energy field in the Middle East and Eastern Europe.