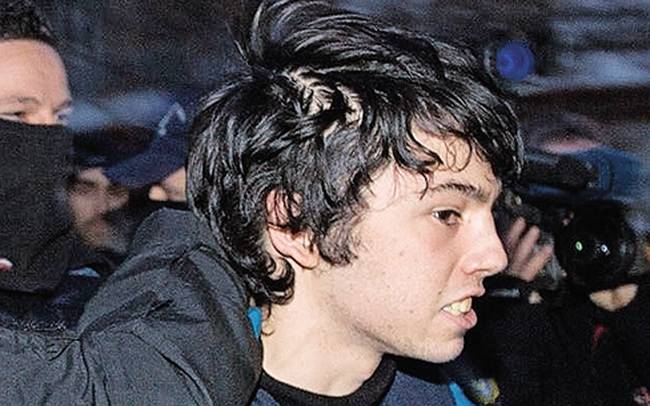 The Supreme Court prosecutor has rejected anarchist Nikos Romanos’ request for the annulment of the Judicial Council’s decision regarding the prisoner’s right to educational furlough. The Greek prosecutor decided that there is no reason to set aside the Council of Piraeus decree.
At the moment everyone is waiting for Greece’s Parliament decision on Tuesday and the amendment of Justice Minister Charalambos Athanasiou, who will decide if Romanos will be able to attend university courses under ankle monitor supervision. If this amendment is in fact established, then Romanos would end the hunger strike, which is now at 30 days.
Romanos’ attorney noted that the young man is exhausted. “His spirit is willing but his body is weak. He is slowly fading.” He added that he is hopeful that the Justice Minister will follow through with the amendment, thus saving Romanos’ life.
Romanos has been currently given the option to attend his university courses online through distance learning programs. However, the hunger striker remains firm on his decision to continue the strike until his request for educational furlough is granted.
Meanwhile, Romanos, whose health is quickly deteriorating, has threatened to begin a thirst strike as well, starting today, Tuesday December 9, if the Parliament does not find a solution to his request.