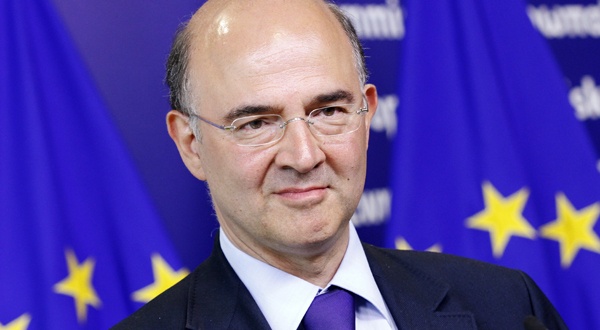 The euro zone finance ministers will not decide today on any extension of Greece ’s bailout program, said EU Commissioner for Economics and Financial Affairs Pierre Moscovici ahead of the meeting.
“What we really want is to reach good agreements that allow Greece to cut its deficit and carry out the right reforms that will allow it to have a solid economy. There will be no decision today on an extension of the Greek (bailout) program but I hope a few steps forward will be registered,” Moscovici said, adding he was well aware of the efforts made by Greece.
Greek Prime Minister Antonis Samaras is pressing for an early bailout exit to boost his popularity ahead of the presidential elections. He wants the program to be extended by a few weeks only. However, Greece’s international creditors, EU and the International Monetary Fund, see a shortfall in next year’s budget and demand 1.7 billion euros in additional measures to close the fiscal gap.
“I’m very worried about time constraints and all parties involved should try as hard as possible to go as far as possible before the year is over,” said head of the Eurogroup meeting of euro zone finance ministers, Jeroen Dijsselbloem, on the Greek issue that will be discussed Monday afternoon.