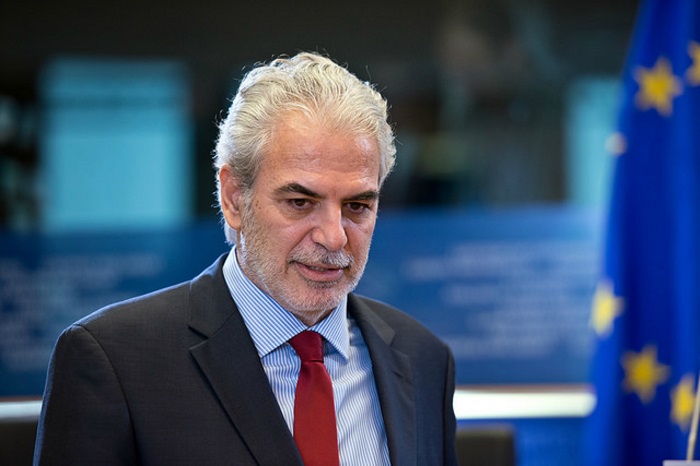 Greece is the second EU country after Sweden which has responded to an appeal by Christos Stylianides, EU Ebola Coordinator and Commissioner for Humanitarian Aid and Crisis Response, for mobilization of qualified, trained and experienced health workers, and is ready to send a medical team to African countries that have been mostly affected by the deadly epidemic.

Stylianides, who has already visited the three most affected countries, Liberia, Sierra Leona and Guinea, met in Athens on Saturday with Health Minister Makis Vorides and the National Centre for Health Operations and was briefed by the National Commission of Viral haemorrhagic fevers and visited Fleming Hospital in Athens, which specializes in Ebola.

Vorides said that Greece is ready to face Ebola, if necessary.

Stylianides referred to the efforts undertaken by the Commission to mobilize member states to send medical teams to countries that have been affected most by Ebola.

The first medical team, which comes from Sweden, has already been set up, and includes 42 members who will visit African countries.

Greece will be the second country that will send a medical team, something which Stylianides said, is very important. A similar medical team will be set up in Cyprus as well, he added.

“We welcome and applaud Greece`s decision to deploy medical staff to the most affected countries, only the second Member State to do so. The European Union will provide all necessary support for this initiative. We call on all Member States to mobilise additional resources. More health personnel, more trainers for health workers, more epidemiologists are urgently needed on the ground,” he said in his remarks.

The teams comprise of doctors, nurses and paramedics and will make on site visits and work with existing teams or separately, in handling Ebola.

The participation of medical teams in the fight against Ebola is considered “a symbolic yet essential action” which proves the European solidarity in practice and allows people who are trained in handling these diseases the chance to contribute through their knowledge and service.

Several Member states have already responded to the Commissioner`s call. France for instance, has recently offered two additional medical teams who work in Guinea and Mali, and Sweden deployed 42 doctors, nurses and other health personnel via the EU Civil Protection Mechanism, who currently run a treatment centre in Liberia.
(source: CNA)