Grigoropoulos Anniversary: Riots in Athens and Other Greek Cities 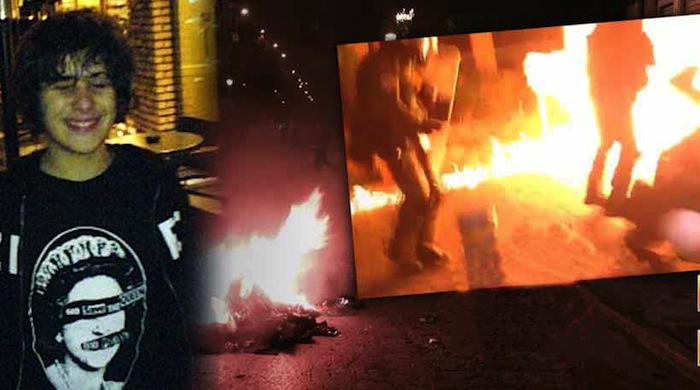 Riots and clashes with the police in several major cities in Greece have marked the anniversary of the killing of teenager Alexandros Grigoropoulos by a policeman.
In Athens, where the biggest demonstration rally took place, it was preceded by attacks against police on Stournari street in Exarcheia. Anarchists threw rocks and molotov cocktails at police vans. Skirmishes were reported in several Exarcheia spots. 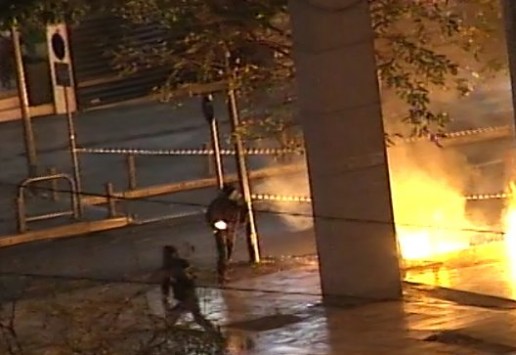 Later on, as the rally was in progress, several protesters wearing hoods broke store windows and traffic cameras, entering stores and throwing molotov cocktails. Several store fronts were burned on Panepistimiou street.
As the mass of protesters approached Syntagma Square, more molotov cocktails were thrown at police and shop windows. Groups were separated from the main body of the rally and broke store fronts on side streets.
After the protesters dispersed in front of the parliament building at Syntagma Square, the battlefield was transferred to Exarcheia Square and side streets where there were multiple arsons of buildings and cars and fights with the riot police. The National Technical University of Athens (Polytechneio) was under siege, while dozens of suspects were arrested.

In Agrinio, the protest rally held in the center of the city ended with protesters throwing rocks at police, cafes and stores causing minor damages. Three people were arrested and taken for questioning.
Ιn Patra, anarchists used molotov cocktails and catapults to attack police after burning trash containers. The riot squad answered with tear gas and flares. Protesters threw a motorcycle policeman from his bike using a catapult.
In Thessaloniki the protest rally started under heavy police surveillance. However, protesters attacked police forces with molotov bombs and stones. Police responded with tear gas and flares. Many damages were reported to cars and shop windows, while serious clashes between rioters and police took place in front of the American Consulate and a store was burned in the center of the city.
http://www.youtube.com/watch?v=Twss-yuEWP4