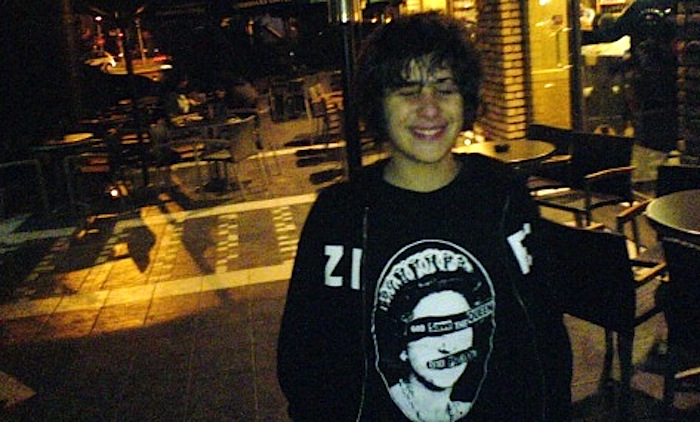 Today is the sixth anniversary of the killing of 15-year-old Alexandros Grigoropoulos by a policeman, that triggered the most violent riots Athens has seen in recent years.
It was a little before 9:00 on the evening of December 6, 2008, when Grigoropoulos and his friends were sitting in a corner at Exarcheia and exchanged swear words with two policemen in a patrol car that was passing by.
A little later, the two policemen, Epaminondas Korkoneas and Vasilis Saraliotis returned to the scene on foot. The former, pulled out his gun and shot Grigoropoulos. The young man died a few minutes later in his friend’s lap. His friend was Nikos Romanos.
The two policemen returned to the Exarcheia police station and reported that they had been attacked by anarchists. They didn’t report the shooting. 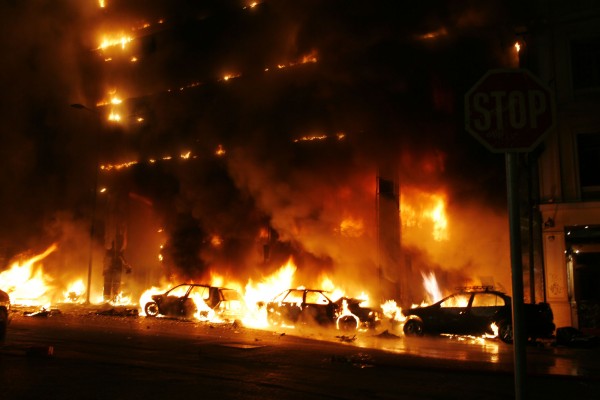 In a few hours, hundreds of young people took to the streets of Exarcheia and started burning trash containers, cars, bus stops. Soon more fires broke out all over Athens as more and more people clashed with the riot police (MAT).
All the pent-up youth frustration and the feeling that this was a police killing that would probably go unpunished generated a guerilla war on the streets of central Athens. Rallies against police brutality took place in several cities in Greece, followed by battles with the police. But Athens was literally set on fire. Several embassies issued warnings for the protection of their citizens and pictures of the burning city spread throughout the world. BBC talked about an insurrection. 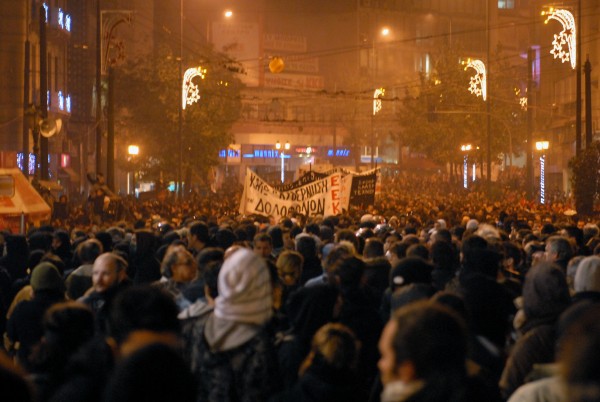 Efforts on behalf of Korkoneas to justify his crime and his defense attorney to put the blame on the behavior of Grigoropoulos added more fuel to the fire and more riots ensued. The justice ministry and Greek police decided to transfer the trial to Amfissa so that there would be no more riots in Athens.
The mixed jury in Amfissa decided that Korkoneas was guilty of premeditated murder and the policeman received a life sentence. Saraliotis received ten years for accessory to murder. 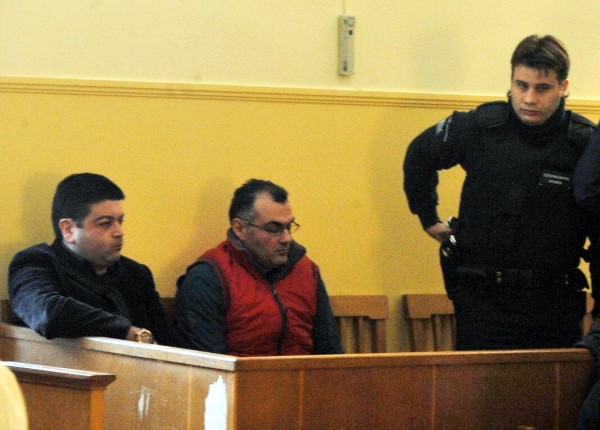 Despite the policeman’s punishment, December 6 has been unofficially established among anarchists as remembrance day for Alexandros Grigoropoulos and every year since is marked with clashes with the police and burnings.
This year’s anniversary is also marked with the hunger strike of Grigoropoulos’ friend, Nikos Romanos. The 21-year-old wanted to avenge his friend’s death by starting an armed anarchist group. In an attempt to finance their struggle, they tried to rob a bank. The robbery failed, Romanos and his accomplices were arrested and now Nikos Romanos is in prison.
Since November 10, the young man went on a hunger strike after authorities refused to grant him educational leave to study. The justice ministry proposed distance learning courses through the internet, but Romanos refused and he is still on a hunger strike.
Meanwhile, anarchists and leftists have rallied in support of Romanos by occupying public buildings and schools and clashing with the police. Yiannis Michailidis, incarcerated member of the Romanos gang who also refuses food, sent an open letter to Justice Minister Charalambos Athanasiou saying, “I am very hungry. If you kill Nikos, only your throat would sate my hunger.”
For today’s anniversary of Grigoropoulos’ murder, 18,500 policemen are standing by.