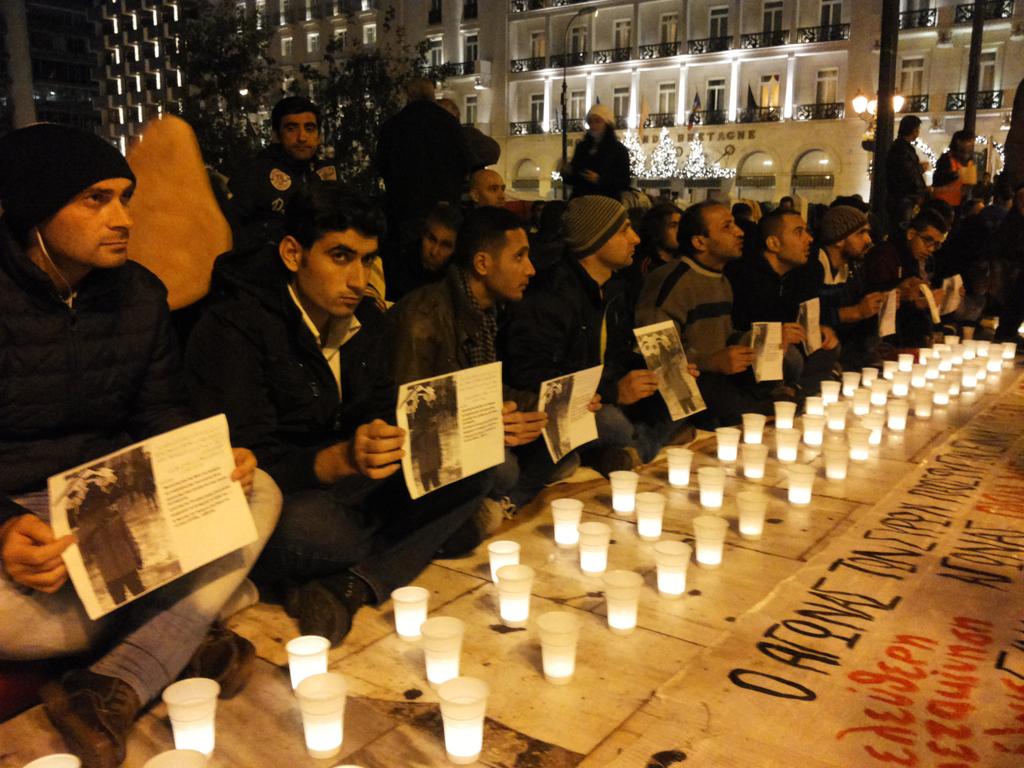 Two Syrians refugees, among those protesting in Syntagma Square in order to be granted a political asylum, have lost their lives, as their compatriots revealed yesterday. According to them, one died in his attempt to cross the Greek-Albanian border in order to continue his journey to Europe, and the second died while being hospitalized, after suffering a heart attack.
According to the refugees, the former’s name was Ayman Ghazal, he was around 50 years old and from Aleppo. After spending twelve days at the protest in Syntagma Square, he decided to leave the country to reach his destination in northern Europe. He tried to cross the border with some 30 other people on foot. After almost an hour of trekking, they had to cross a stream and some time later, Ghazal suffered a seizure. After being carried by others, unconscious on a sleeping bag, he was finally brought back to Kakavia border crossing and an ambulance transported him to the nearest hospital, where he died. Abdulghafour Tammaa, one of the Syrian protesters in Syntagma Square, tweeted that Ghazal had died in an Albanian forest “due to the cold,” most likely to a heart attack, adding that his “dream of Europe” had perished with him. 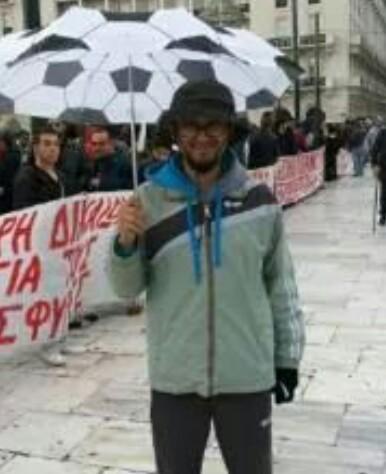 According to a post on the Syrian protesters’ Facebook page, the dead man’s family is currently in Mersin, Turkey. Last night, their 16th camped out in Syntagma Square, Syrians and Greek supporters lit candles and held up photographs of Ghazal in his memory.
The second – unnamed – Syrian who lost his life also suffered a heart attack, while being hospitalized in Athens, after several days in Syntagma Square.