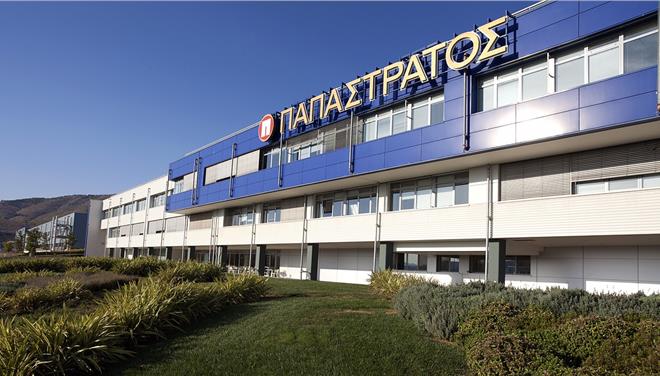 Greece’s leading tobacco company Papastratos’ President and CEO Nikitas Theofilopoulos and Philip Morris International Vice President Massimo Andolina announced during a meeting with Development Minister Kostas Skrekas on Wednesday in Athens that the planned 25-million-euro investment is currently in the works.
According to the two corporate officials, the plans, which require the expansion of one of the factory’s wings and transform it into an export center, will include the installation of seven new production lines and a new top-level unit for tobacco processing. Furthermore, with the completion of the investment, expected in mid-2015, the factory’s total production will be doubled, while the additional product will be exported to more than 30 countries worldwide, including France, Italy, Switzerland, Hong Kong and Singapore. As the two men underlined, the scheduled plan will create some 50 new job positions, which will be added to the factory’s existing 270. Commenting on the important deal, the Greek company’s official highlighted that this initiative is “securing existing jobs while creating a small number of new ones” and it “is contributing toward the strengthening of the country’s exports.”
On his behalf, the Greek Minister expressed the government’s absolute support in such initiatives, which are in line with the country’s new production model. “I am particularly happy that a company of global stature such as Philip Morris International continues to honor our country through Papastratos and assist in our efforts to emerge from the crisis,” Skrekas said.
The Phillip Morris official concluded that the international tobacco colossus “remains steady and consistent with its commitment to the country.”