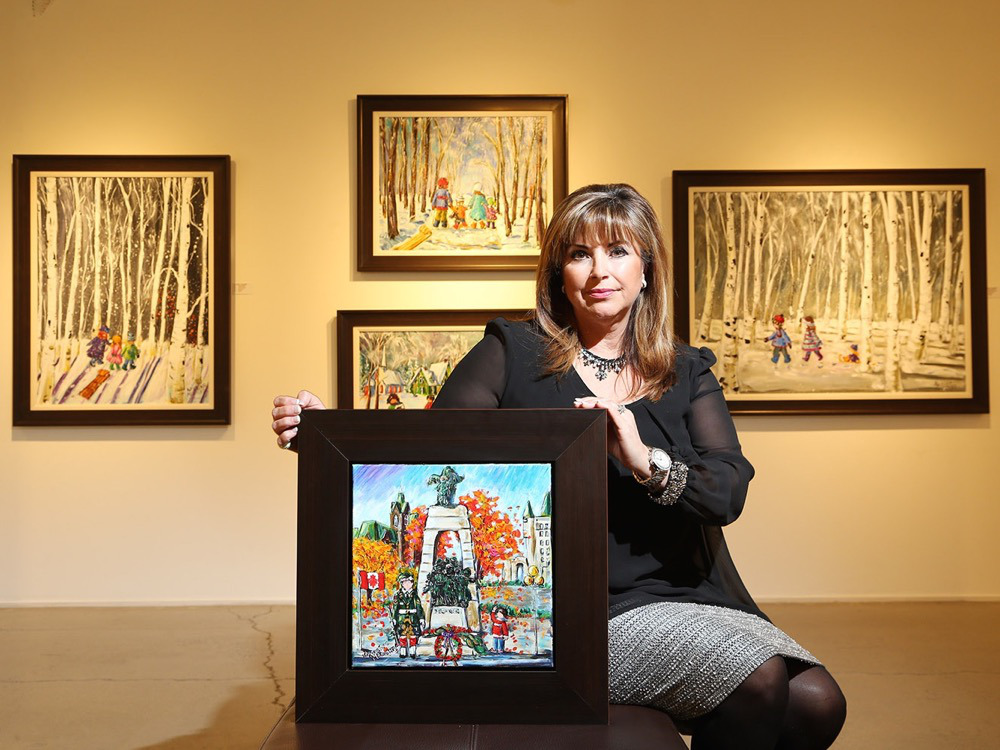 Greek-Canadian artist Katerina Mertikas has created a beautiful painting called Honoring My Father depicting Cpl. Nathan Cirillo being saluted by his son in front of Ottawa’s Tomb of the Unknown Soldier monument.

Cpl. Nathan Cirillo was killed on the morning of October 22 while he stood sentry in front of the monument. The gunman who shot Cirillo was later killed by security staff at Parliament Hills.

Katerina Mertikas was moved by the Cirillo’s story and decided to create a painting as a tribute to the young man. At first her plan was to draw him in front of the monument along with another soldier, however the plans changed when she found out that Cirillo had a five-year-old son, Marcus.

The artist painted the son saluting his father in front of the Unknown Soldier monument on a 12×12 stretched canvas and she was planning on including the art piece in her exhibition which opened at Koyman Galleries on Saturday, November 1. However, in the end Mertikas decided to make copies of the painting and sell them in order to make a trust fund for Marcus Cirillo.

Her painting is available for sale at koymangalleries.com, at the price of 124 dollars; the last two digits represent the age of Nathan Cirillo. Furthermore, the Greek-Canadian requested for her original painting to be publicly displayed at the City Hall. Ottawa Mayor Jim Watson unveiled the painting in his boardroom on Monday, November 24.

The mayor’s office is visited by thousands of children each year. “This will be an opportunity for me to talk about Cpl. Cirillo,” Watson said.