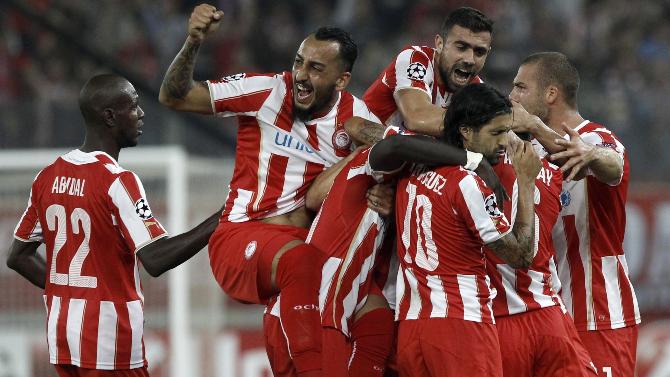 Atletico is hosting Olympiacos for matchday five of the Champions league stages at the Vicente Calderon of Madrid (8:45pm local time – 9:45pm Athens time). The Greek champions are aiming for at least point in search of the first two spots that lead to the final 16.
The reds lay in second position after their unfortunate 3-2 loss to Juventus two weeks ago in Turin, three points below tomorrow’s opponents and leveled with the Italian champions at six. Malmo is in fourth place with three points.
Olympiacos’ head-coach Michel stated in the press conference last night that his team, on paper, is considered the weaker side but on the field it has the ability to challenge them.

Michel continued by referring to the champions league as the place where differences between his own and the rest of teams are minimized, giving them the opportunity to beat teams such as the Italian and Spanish champions, however sometimes their effectiveness is not enough hence the defeats.
Pablo Simeone, Atletico’s coach, admitted that the loss against Olympiacos didn’t come as a surprise in the opening fixture of the tournament and he expects them to be as fearless in Madrid as they were in Piraeus. However, he won’t let his team sit on their streak of recent successes instead they’ll focus on the next game and how to grab the three points. 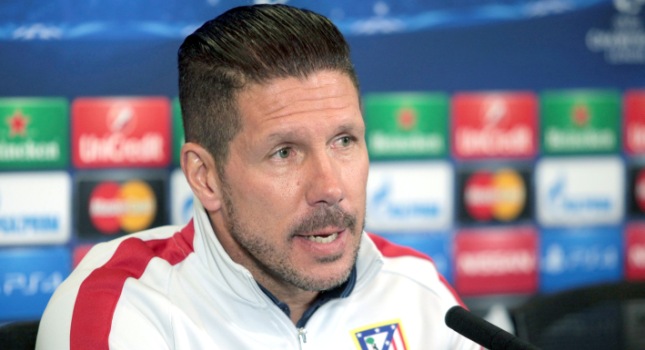 Olympiakos is set to practice on Atletico’s training ground today, loosen their feet and unwind before tonight’s important game. The line-up Michel is most likely expected to start the game is Roberto in goal, Elabdellaoui, Botia, Abidal, Masuaku in the back, N’dinga, Milivojevic, Maniatis in the middle and Afellay, Mitroglou and Dominguez up front.