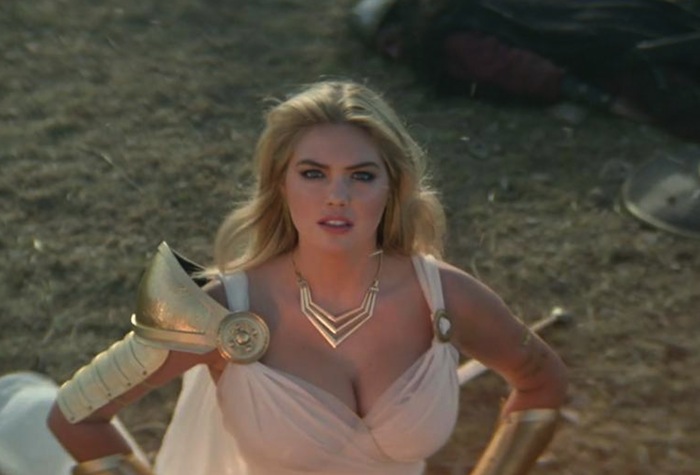 Model and actress Kate Upton is channeling her inner Greek goddess, playing Athena in an ad for a new mobile game.

The blonde bombshell takes on the role in the larger-than-life campaign for “Game of War: Fire Age.” Donning gold armor and a white gown, Upton is surrounded by a battle and fire-breathing dragons. She walks through the field like only a goddess can — with grace and seemingly getting by without so much as a scratch.

“Come and play with me,” she says as the fighting continues. “You could meet some of my friends.”

“Game of War: Fire Age” allows users to join the ultimate battle for domination in the game’s Kingdom. It features, among other things, the ability to play and chat with millions of online players from around the world in 32 different languages – all in real-time.

Take a look at the trailer featuring Upton as the goddess of war and wisdom:

US Warns Turkey of New Sanctions Over Russian Weapons