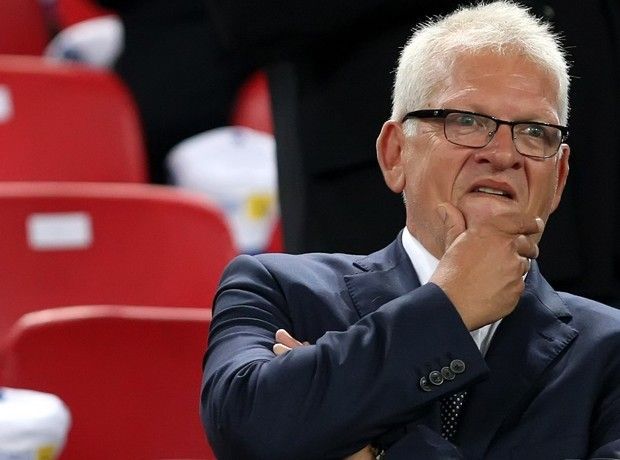 The Hellenic Soccer Federation (EPO) convened today and decided that there won’t be any professional soccer games in Greece this weekend. EPO decided not to appoint referees for the league games that start on Saturday.
The decision was made in light of the violent assault against referee and vice president of refereeing committee Christoforos Zografos who is still in hospital suffering head injuries. EPO had announced suspension of soccer games right after the incident. There was a possibility that games would resume this weekend since Super League club owners through the board of directors had requested that the games resume on Saturday, November 22, as scheduled.
EPO would have to appoint referees by 3 p.m. on Thursday in order for the games schedule to resume, but the soccer officials did not appoint referees for Super League, Football League and Third Division games.
On Wednesday, the Super League board issued a statement calling authorities to investigate the assault against Zografos, while calling sports media to avoid reports and editorials that target referees. The board also cancelled a scheduled meeting of club owners.
Meanwhile, Super League president Dimitris Agrafiotis resigned from his post claiming that he was repeatedly accused by Panathinaikos owner Yiannis Alafouzos for corruption. Agrafiotis, in turn, said that the owner of Panathinaikos was one of the people who recommended him for president of the league and accused him of ulterior motives.
In an official announcement, Hellenic Soccer Federation president Giorgos Sarris said that the decision was made in order to protect the sport and the clubs. He also claimed that the state and club owners have not taken any actions to stop violence in soccer.