Leader of Greek Party Probed for €6 Million in Defense Kickbacks 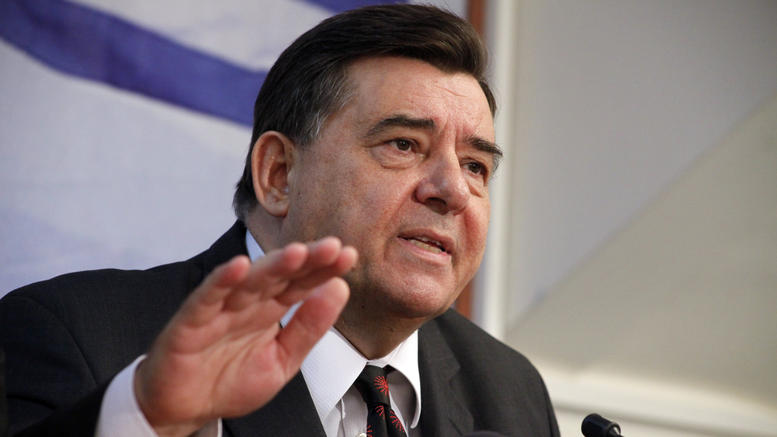 Leader of People’s Orthodox Party (LAOS) Giorgos Karatzaferis is facing serious charges of money laundering and receiving kickbacks from arms supplies during the tenure of Akis Tsochatzopoulos as Defense Minister.
Karatzaferis is facing three felony charges if the probe conducted by Chartered Accountants on behalf of the competent parliamentary committee, proves that six million euros found in his accounts come from armaments deals kickbacks.
Also, the route of another 20 million euros in assets is being investigated by the auditors. The president of LAOS is also facing other felony charges if the authorities discover that money laundering is involved.
Specifically, Karatzaferis is investigated for an offshore company called Catalina Ltd for which he is the beneficiary. The Greek politician has repeatedly failed to declare the company and its revenues when submitting his assets for taxation.
Audits show that through Catalina Ltd he received two remittances totaling 1.65 million euros from a person appearing as an intermediary for the agreement for the purchase of Super Puma helicopters for the Greek army in December 2000.
In 1994, when he was a New Democracy MP, Karatzaferis had declared Catalina Ltd in his 1993 tax statement. He had also declared another company, namely CITY News SA. At the time, it was not illegal for politicians to participate in offshore companies. However, legislation in Greece changed in 2010 and if a politician is secretly involved in an offshore company, he loses office and faces 2-5 years imprisonment and fines of up to 500,000 euros. He also loses the right to vote and his shareholdings are confiscated.
Auditors are investigating Catalina International Ltd, renamed Sunlight Delight in 2009, and another offshore called Homeric TCI. The investigation is expected to be completed by Wednesday.