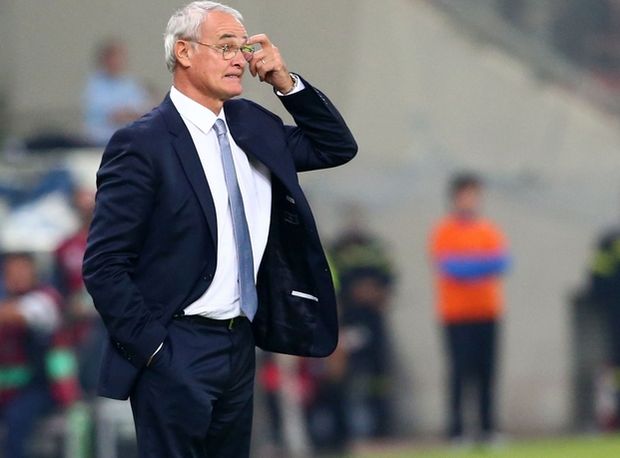 After the horrific loss against the Faroe Islands in Athens, the president of the football federation of Greece (EPO), Giorgos Sarris, has decided to give Claudio Ranieri the sack and send him back to Italy.
It’s only been ten years since the Greeks stunned the world by becoming the Euro 2004 champions and less than 6 months ago since reaching the final 16 of the World Cup. Despite the financial crisis and the general misery depicting the country, football (and basketball) had a way of standing out. Great runs in major tournaments (Euro 2004, 08, 12, World Cup 2010, 14) kept the Greek pride high up and brought joy when needed the most.
All that has gone to waste after just four games for the Euro 2016 qualifiers. Ranieri and his team of coaches decided to reshape the roster to such an extent by inviting 38 players in just 4 games in an attempt to please the vain presidents and their clubs who, according to sources, were the ones deciding who will make it on each game’s 23-man squad; a number that neither Otto Rehangel nor Fernando Santos had reached in their years of serving the national team. This ruined the well-shaped chemistry the players had built all these years, and in addition to that, the two cornerstones of the Greek national team in the last ten years, Kostas Katsouranis and Giorgos Karagounis, are no longer part of it, which made it harder for someone to step up and take responsibility.
It’s also worth mentioning that the players themselves looked unwilling to put their hearts and souls in these recent games as if representing the nation was a drag rather than an honor.
Sarris came to an agreement with Ranieri that the next friendly game against Serbia on Wednesday will be his last one coaching. The coach’s remunaration is still of question, as the Italian is known to getting fired and then receiving millions of Euros in compensation (12mil Euros in the last 12 years). However, in an interview that Sarris gave earlier on Greek national broadcaster NERIT, he reassured the amount will be within EPO’s budget after coming to an agreement with the coach.