GRNews
GreekReporter.comGreeceDendias to Replace Avramopoulos in Ministry of National Defense

Dendias to Replace Avramopoulos in Ministry of National Defense 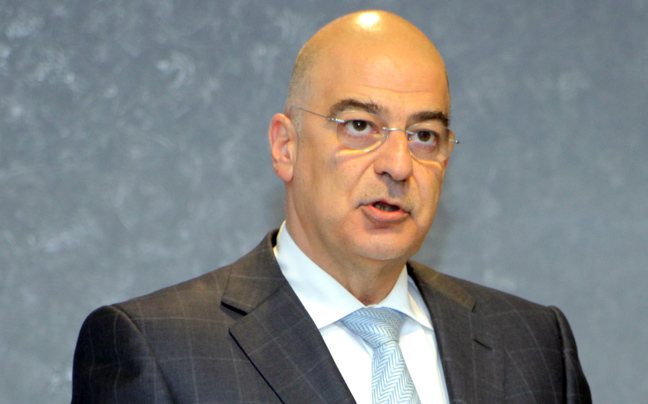 Nikos Dendias is going to be the new National Defense Minister, replacing Dimitris Avramopoulos who will assume his duties at the European Commission this coming Monday, November 3. Mr. Dendias was previously appointed to the Ministry of Growth, and after his government shift, his post will be replaced by MP Kostas Skrekas, from the election district of Trikala.

The Prime Minister, Antonis Samaras, had a scheduled meeting with the departing Minister of National Defense, Dimitris Avramopoulos, at 2:30 p.m. today and their discussion was focused on the replacement of Mr. Avramopoulos.

In previous weeks, there were rumors in Athens, that the ministerial role would be assumed by the Prime Minister himself, however this scenario was later abandoned after yesterday’s meeting of Mr. Samaras and Vice Prime Minister Evangelos Venizelos. Scenarios of a new cabinet reshuffle, only four months after the second reshuffle which took place in early June. According to sources close to the governmental cadre, Mr. Samaras and Venizelos agreed to the appointment of Nikos Dendias, as they both desired the next Minister of National Defense to be a New Democracy MP close to ex Prime Minister Kostas Karamanlis.

Mr. Avramopoulos is expected to resign from his ministerial post by Saturday, while Mr. Dendias will be sworn in on Monday, following the return of President Karolos Papoulias from Giannena. Dimitris Avramopoulos’ seat in the Greek Parliament will be taken up by New Democracy’s first runner-up in the election district of Athens A’, Thanos Plevris.