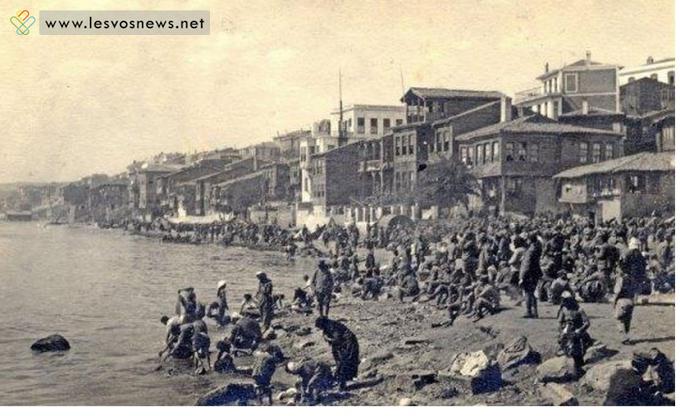 Earlier this week, the Danish Institute in Athens, Greece, hosted a presentation event for a book written by Greek Professor of Clinical Psychology at the University of Copenhagen Libby Tata Arcel, entitled “Me to Diogmo stin Psychi” (The Persecution in the Soul).
The Greek psychologist, who an Asia Minor refugee’s daughter, was born in Mytilene and later moved to Denmark, where she examined Greek books regarding the psychological transgenerational trauma of the Asia Minor Catastrophe. Based on the tragic past of her own family and driven by ten testimonies of three different generations, the author highlights the survival mechanisms used by refugees who fled to Greece in order to cope with the trauma of the persecution.
The author’s analysis is the first on the subject, despite the vast literature on the Greek persecution of 1922, and it was based on the experiences of her mother, her own experience as the second generation and the emotional effects it had on her children, the third generation.
The book describes the nostalgia, longing, sadness, anger, denial and the joy of returning to the ancestral land, passed through the personal history of the author’s mother Tasitsa (Anastasia) Tata. She fled in terror with her mother from an Ottoman village at the age of 12, after losing her father. Tasitsa grew up in a refugee settlement in Mytilene, she married a local baker, but she always regretted not finishing her studies in school.
Libby Tata Arcel left Mytilene at age 19 to study in Denmark, where she eventually got married. She always remembered her mother’s stories about Asia Minor and the persecution. The highlight of her study was when she visited her mother’s village in the summer of 1986.