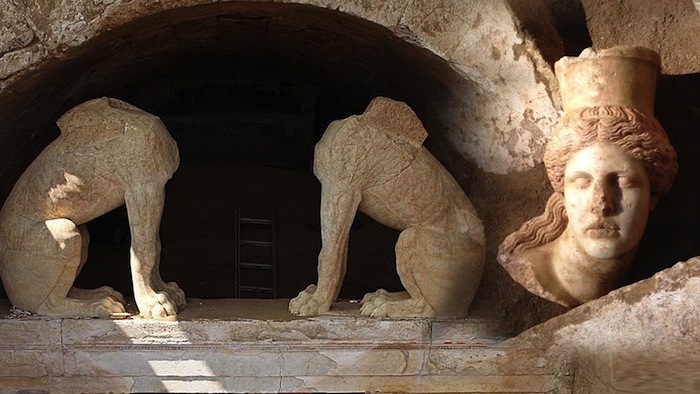 Another amazing discovery has surfaced on the Amphipolis dig, Greece. The missing head of the Sphinx “guarding” the tomb’s entrance was finally discovered inside the third chamber. 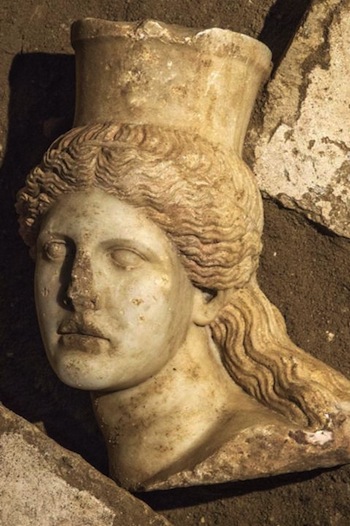 The Sphinx’s head is intact, with minimal breakage on the nose. It has a height of 0.60m and it is assigned to the body of the eastern Sphinx. Made of marble, the head has signs of red color on its curly hair (falling onto its left shoulder) that is tied with a white stripe. It carries a pole and archaeologists characterize it as a sculpture of exceptional art. The head was found in a depth of 15cm inside a marble threshold. In addition, fragments of the Sphinx’s wings were discovered in the same chamber.

In a press release, the Greek Culture Ministry underlined that the excavation is in full progress, having reached the entire surface of the third chamber (4.5m x 6m) in a depth of 5.20m from the tomb’s top. In the coming days, archaeologists have scheduled the removal of fallen limestones from the third tomb chamber’s interior and parts of a newly uncovered gate will be revealed.